Theme Park Patrons Getting Nervous About That Giant Hole 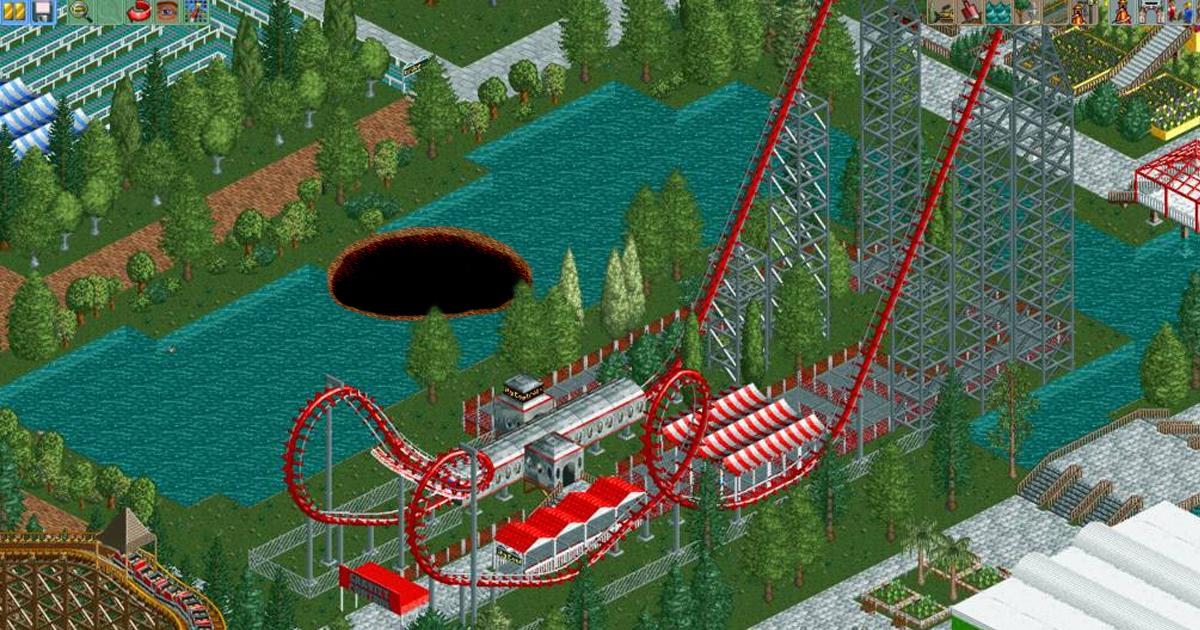 LAFFY TOWN — The Laffy Town Amusement Park is known for it’s thrilling roller coasters and family friendly atmosphere, so it was a surprise to many when a large, mysterious hole appeared in a far corner of the park, leading many to wonder what it would be used for.

“I don’t know what’s going in there, but I can’t wait to ride it!” said a guest named Susan, who wasn’t given a last name.  “Whatever it is, I’m sure it’ll have a huge drop and afterwards I’ll return safely to my loved ones with some new memories to share.”

While some were assured it would be a ride of great value, others were skeptical of the hole’s purpose, speculating that it may not be a new ride being built, but something else entirely. The park has yet to release an official statement on the matter.

“It just feels really strange,” said Dan, a Laffy Town guest who has been wandering the park grounds for the last six days. “Ever since that hole showed up, I haven’t been able to find my buddy Tim.  Last time I saw him, he was complaining about hot dog prices, then I turned around and he’d just vanished.”

While many guests are growing anxious to discover the reasons behind the hole, the mood around the park has grown quite a bit more positive since its appearance.

“I haven’t heard a single complaint today,”  said Nick, a maintenance worker for the park. “There’s also a lot less puke on the ground, which is nice.  It’s like somehow all those whiny pukers just decided to leave the park on their own all at once.  Good riddance, I say.”

Just days after this report was collected, Laffy Town converted the giant hole into a large pond, putting to rest the concerns of many park patrons.  Perhaps coincidentally, the park’s negative guest feedback virtually disappeared the moment that the hole was filled with water.  It appears that things are looking up for the Laffy Town Amusement Park.