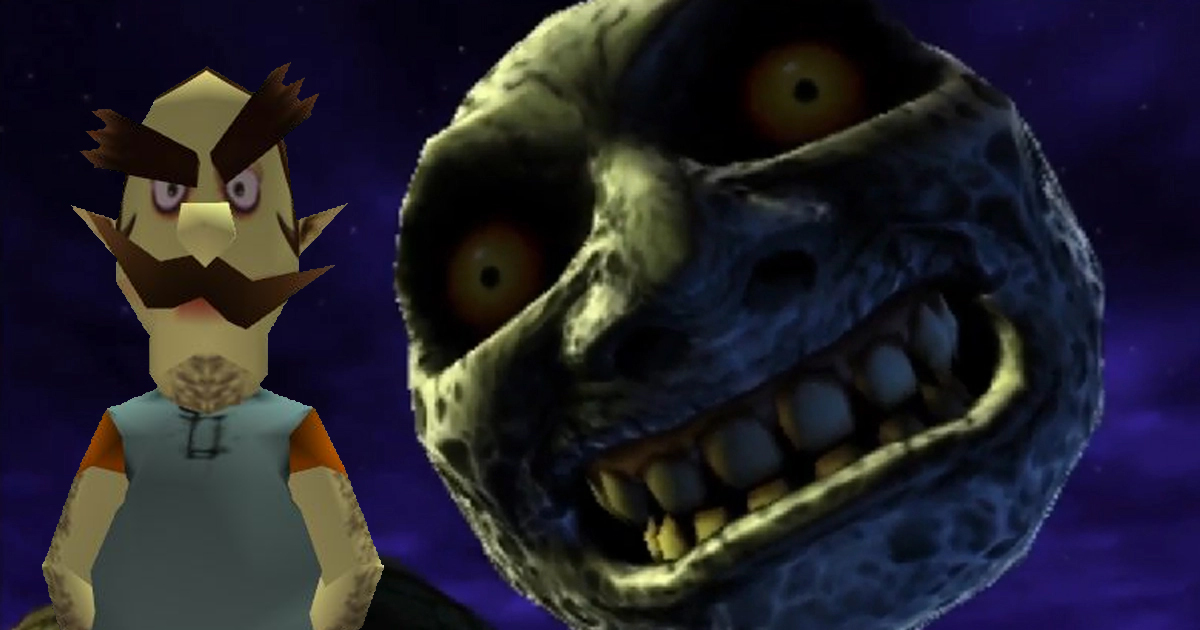 CLOCK TOWN — A Termina citizen took to the streets yesterday to denounce the large, ominous moon inching ever closer to the city as “a liberal hoax.”

The citizen, known only as Gorman, was scheduled to perform with a band of thespians and acrobats at the Carnival of Time this week, before the Moon’s looming threat led to the event’s cancellation. Soon afterward, he began to claim the hideous lunar anomaly was nothing more than “fake news” propagated by “radical leftist liberals of ANTIFA.”

Gorman denied the suggestion that his beliefs about the moon might be influenced by his pocketbook.

“These snowflake beta cucks and their globalist agenda are trying to ruin a proud Clock Town tradition,” Gorman said, speaking to a small crowd outside the Milk Bar, Latte. “They don’t care about the hard-working farmers who rely on the festival to pray for a good harvest. No, they care only about themselves and their blue-haired SJW girlfriends.”

Professor Shikashi, owner and operator of the Astral Observatory, challenged Gorman’s accusations, citing his own research as proof that the giant, highly visible Moon did in fact exist, and was rapidly approaching town.

“It’s so close that it’s in danger of cracking the end of my telescope,” he said. “I don’t know how anyone could ignore something so massive and deadly, but that’s the political climate of 2020 for you. The Four Giants themselves could appear out of nowhere and play hacky sack with the moon, and people like Gorman would claim it was just some Gorons holding a bomb flower.”

When the Milk Bar’s owner Mr. Barten arrived on the scene to calm the uproar, things grew even more heated. Barten urged Gorman to tilt his head upward to see the apocalyptic threat for himself, but Gorman refused, declaring, “The moon isn’t visible during the day! Everyone knows that! You government simps will believe anything!”

Gorman was last seen drowning his sorrows inside the bar, complaining that PC culture had ruined music and wishing someone would remind him why he got into showbiz in the first place.