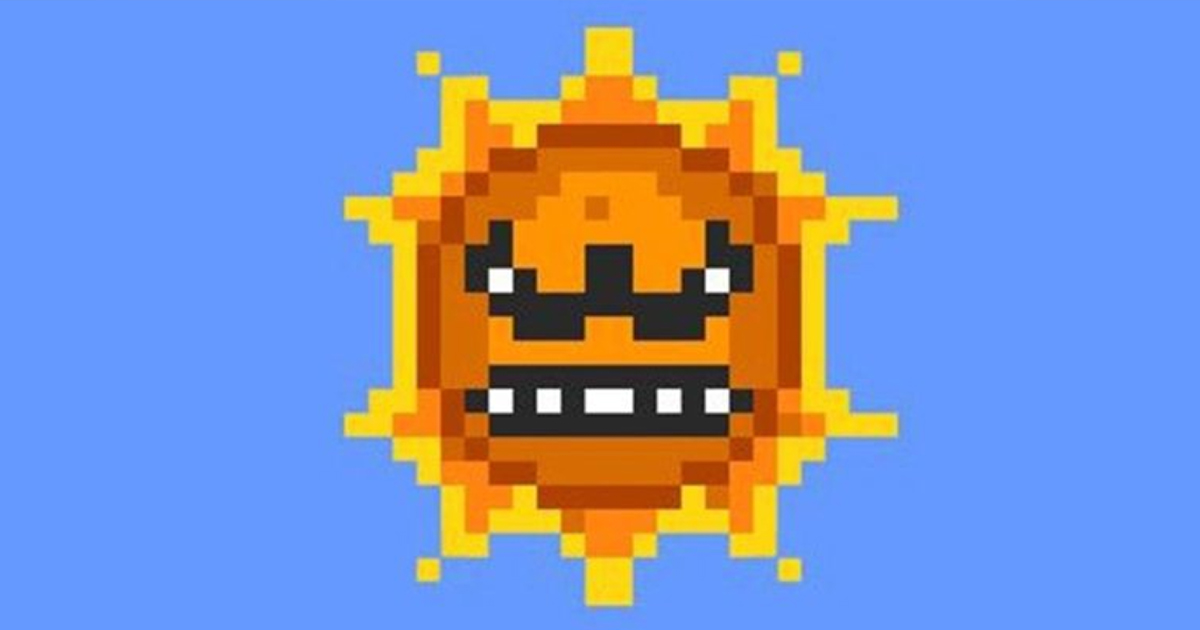 WORLD 2 — The so-called “Angry Sun,” who has spent years scowling at people crossing the desert, is actually just disappointed and looking to start a dialogue, according to close sources.

“Maybe I come off as a bit aggressive, but that’s just my honest response to the wanton disregard of the lives of myself and the rest of the Koopa army,” the Angry Sun said in a statement. “I’m just disappointed and looking to talk through it. I swoop down to ask the Mario Brothers if they’ve applied at least SPF 60 in this desert heat and suddenly they’re running away and throwing shells up at me. It just hurts.”

The Angry Sun hopes that this revelation will encourage other Koopa Troopers to speak up about their own emotions and struggles in the job. The Sun recently announced the launch of the “Break Out Of Your Koopa-Shell” initiative. Their mission is to “show that [Koopas] have lives beyond one screen in one level.”

“I can be more than a guy throwing hammers at people,” said one of the Hammer Bros after hearing the Angry Sun’s campaign. “Maybe I can be a carpenter. Or run a hardware store. Or maybe I could own one of those bars where people throw hammers. The world is really my hammer.”

Mario Mario, often a foil to the inhabitants of World 2, spoke yesterday of the initiative’s effectiveness in getting him to fully consider the lives of those he’s been fighting for years.

“This whole time I’ve been stomping them, they’ve been reaching out. It really makes you think,” said Super Mario when confronted with the news. “But you know what’s a better power-up than a mushroom? Empathy.”

“Lets-a-go… listen!” added the mustachioed hero, who has made that the slogan of an eight-world listening tour to hear and respond to grievances.

At press time, Dry Bones also revealed that it does not know whether it is dead or alive but it is always in pain.