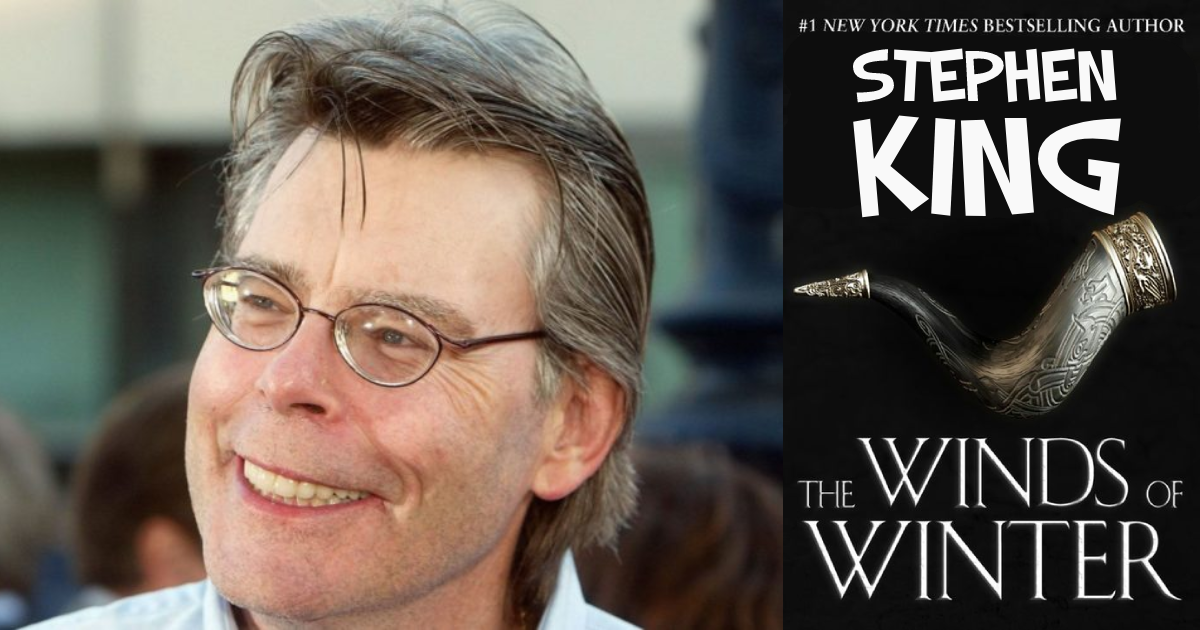 BANGOR, Maine —  Prolific horror writer Stephen King reportedly penned the long-anticipated sixth book in George R. R. Martin’s A Song of Ice and Fire fantasy series on a Tuesday afternoon just for the fuck of it, sources have confirmed.

“I had read the first five books and I was just tired of waiting,” King said. “So, I was in between projects on a rainy day and just spit out about 400,000 words before dinner. I was really just dicking around, but before I knew it, I had resolved the whole Meereenese Knot. I didn’t publish it or anything, because I wanted to give George a shot, but it’s actually pretty simple. I didn’t even include my original idea of having Tyrion transported to the real world.”

King’s wife, Tabitha King, was reportedly the only one to have read any of the transcript before he casually tossed it into the fireplace.

“It was pretty good for something he wrote in between hands of online poker,” Mrs. King said. “It ran a bit long and there was a whole bit about a dragon’s penis that was pretty unnecessary, but I actually liked it better than the other A Song of Ice and Fire books that take that guy like four years to write. I did think the ending was a little underwhelming, though.”

When reached for comment George R. R. Martin seemed none-too-pleased about his fellow scribe treading on his flagship series for the mere fun of it.

“Look, I get farting around instead of hunkering down and finishing something else,” said Martin. “But this is my life’s work you’re talking about, and it means a lot to my fans. It reminds me of what NFL defensive end Chris Long said in my recent five part interview I posted on my website — you owe it to your fans to treat them with respect.”

King has announced on his Twitter page that he next plans to rewrite the entire Wheel of Time series without using the letter ‘N’ as a writing exercise before bed.