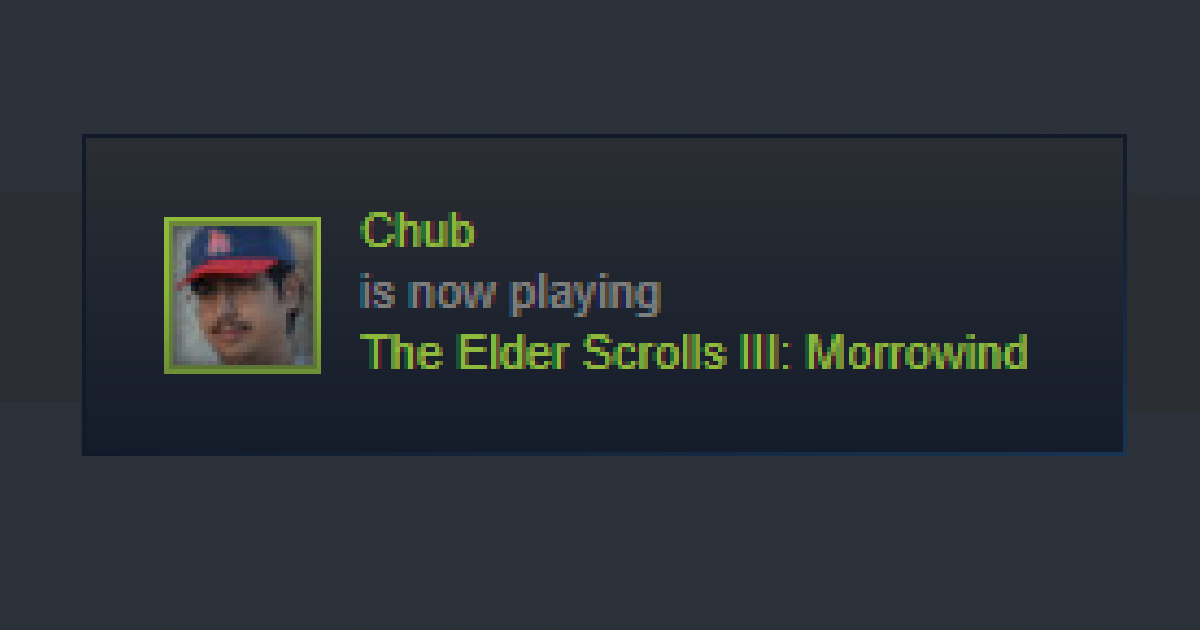 SAN DIEGO — While waiting for members of his Monster Hunter group to gather up early yesterday evening, local gamer Vincent McKay reported yet another in a long line of many occurrences of an enigmatic Steam friend known only as “Chub” booting up The Elder Scrolls III: Morrowind.

“I’ve been following the antics of this mystery friend for years,” remarked a bewildered McKay. “Chub is the only person on my friends list that still plays Morrowind, so tracking changes in their name and profile picture has been easy. Beyond that, I don’t know a damn thing. According to their profile, they’ve played at least half-a-dozen more contemporary games in recent weeks, but if that’s true, I haven’t seen it. I’m just periodically haunted by this ghost when Steam hits me with that popup on the bottom right of the screen.”

Joseph Mulvaney, an investigative journalist, has been recently working with McKay to determine any more details about this strange gaming cryptid.

“I’ve been at it for weeks,” Mulvaney said with a mild tone of defeat. “Can’t pin down an email address, Twitter account, Facebook, Instagram… not even an associated account on any of the other big proprietary launchers like BattleNet or Origin. This elusive phantom accepted friend requests on Steam from no less than five puppet accounts I made, none of which have anything in common, but they refuse to give me so much as a ‘hello’ when I attempt to send them chat messages. I can’t even say for certain that we’re dealing with a human here.”

At press time, McKay was seen hovering over the “Remove Friend” option for Chub, only to back out at the last second, muttering, “I guess they’re not really bothering anyone.”