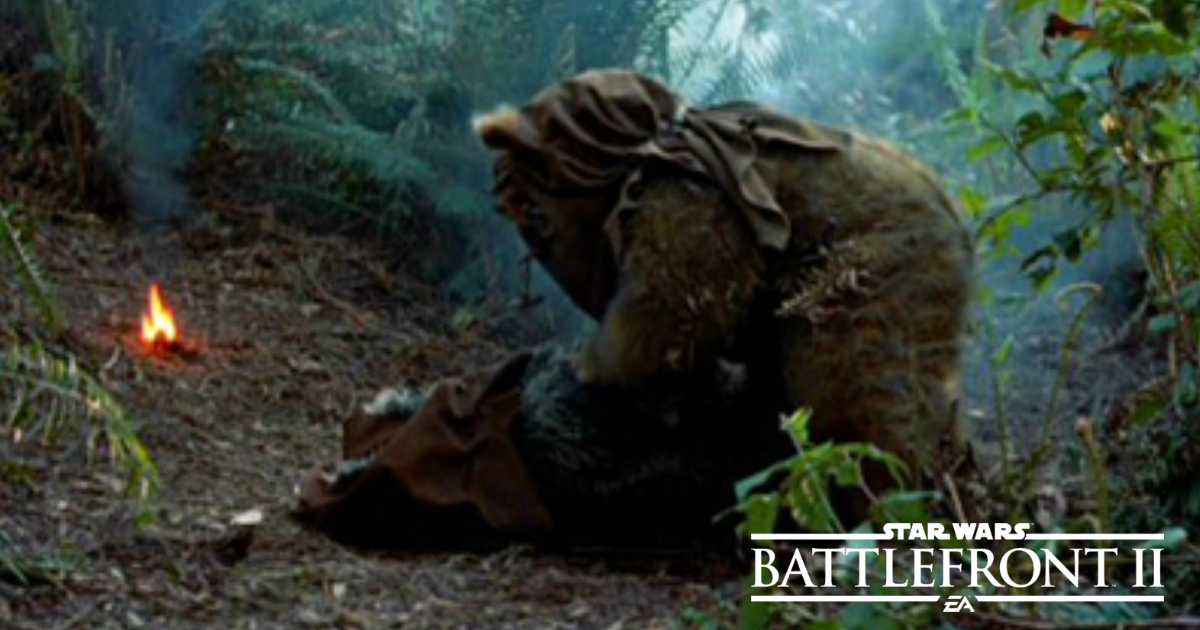 As the release date of the highly anticipated Battlefront II nears, I join many other hardcore Star Wars fans in outrage, as it has become known that the iconic characters the game markets itself as offering are hidden behind outrageous pay walls.

That means an absurd amount of grinding will be required if you want to play as important characters such as Princess Leia, Darth Vader, or Romba, the Ewok we see mourning the death of his friend Nanta in Return of the Jedi.

This is just the latest in the maddening trend of microtransactions, day-one DLC, and all of the cash grab tactics employed by AAA games today. This is Battlefront, and I’ve been promised I could play as my favorite characters. So why do I have to spend dozens of hours playing before I can openly weep on the battlefield alongside my rebel ewok brethren?

EA has gone too far with their blatant disregard for the average gamer this time. You’d think sixty dollars of my hard earned money would allow me to portray the second most identifiable Ewok in the Star Wars canon. I mean, I understand I’m not gonna get Wicket on day one, but come the fuck on. I was so excited to make this sad little fuzzball wander around and provide moments of empathy in locations from all three trilogies, but now I think I’m going to cancel my pre-order.

Do you remember the footage from E3 last year? We saw Romba prowling the ice moon of Hoth, inflicting grief on friend and foe alike. His special attack of pulling out a picture of Nanta and sobbing to provide a distraction seemed like it would be a game changing ability. What that teaser didn’t tell us was that Romba costs 40,000 in game credits, giving a tremendously unfair advantage to players with extra real life money to burn.

As a long time Star Wars fan, I think this is the final straw for me. I stood by when they changed the Nub Nub song at the end of Episode VI, I stood by when Lucas didn’t add Nanta’s force spirit next to Obi-Wan, Yoda and Hayden Christensen, but I can stand by no longer. Fuck you EA.