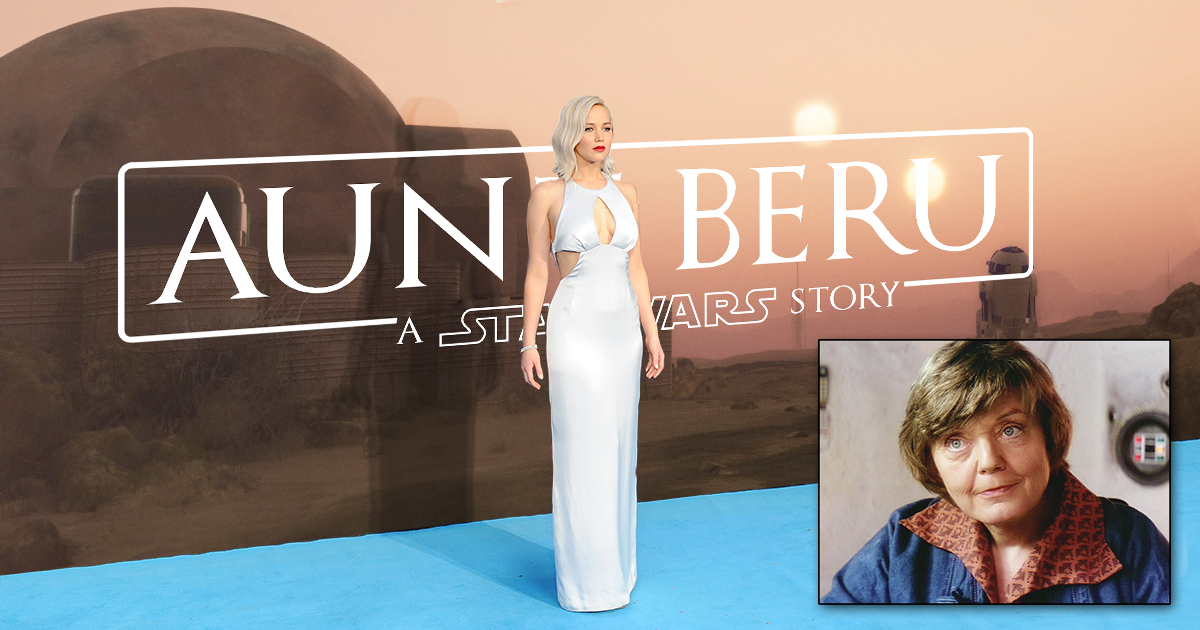 BURBANK, Calif. — Disney shocked fans today by announcing that it is working on a new entry in the Star Wars franchise that will tell the backstory of Luke Skywalker’s fallen mother figure, Aunt Beru.

“The people have spoken, and they’ve said ‘Give me as many of these films as humanly possible,’” said director Ellen Hodge.  “So that’s what they’re going to get.  Aunt Beru: A Star Wars Story will show what an ass kicking farmer’s wife Beru was before the tragic events in A New Hope.”

The film was reportedly inspired by both the worldwide success of Wonder Woman, and Beru being the most prominent Star Wars character to not currently have a spinoff film planned.

Despite having no script or story for the film yet, Disney has already announced a release date and Oscar winner Jennifer Lawrence as the titular Aunt Beru.

“I am ecstatic about playing Beru, are you kidding me?” said Jennifer Lawrence in an interview.  “Growing up in Kentucky, I never really connected to the princesses and smugglers and all that crazy stuff.  But I sure wanted to know more about that moisture farm.”

Though some fans have expressed skepticism at the announcement, screenwriter Devin Sullivan insisted the film was being made for the right reasons.

“Believe me, this has nothing to do with money, and everything to do with furthering this story,” he said.  “Finally we will answer the questions fans have had for years.  How do you farm moisture? What’s up with that blue milk? Really exciting stuff.  I promise this is going to be one of the best ten or twelve films in the franchise.”

The film is expected to release Christmas 2024, and will be the first entry in a trilogy.