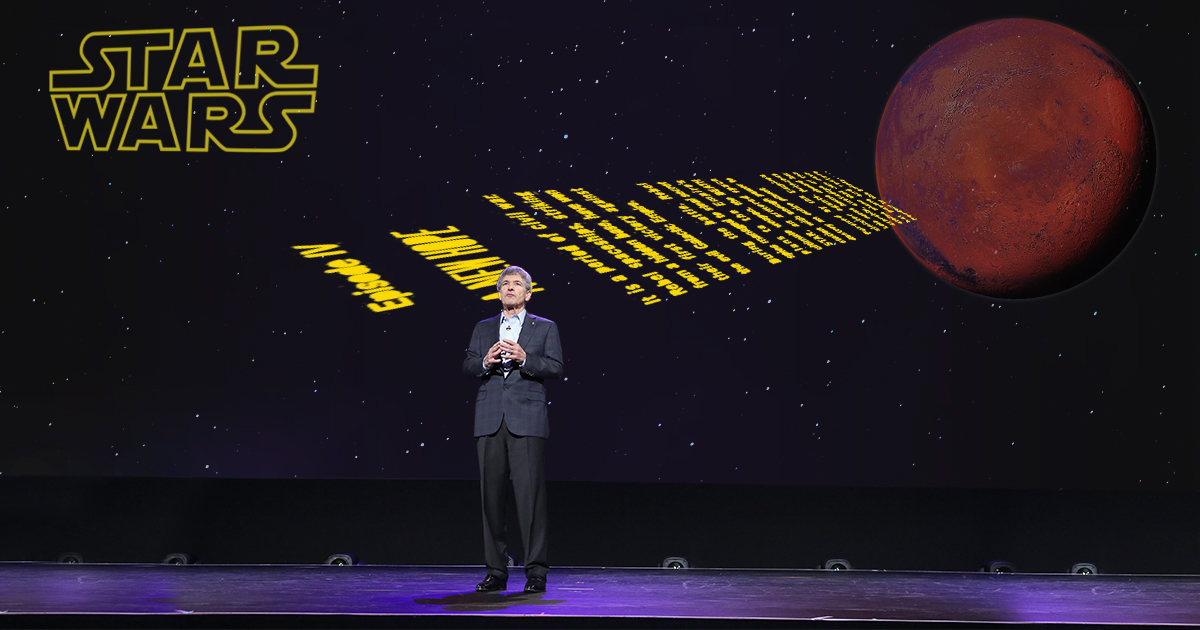 The director, Chris Kasey, who previously made a popular indie horror film with a shoestring budget of only $5 million will be taking over for the $500 million movie.  According to the film’s producers, he is slated to be fired for creative differences in approximately nine months.

“The cool thing about the giant floating letters flying through space is that they have already appeared in every single Star Wars film, so fans can recognize and relate to them right from the start,” said Kasey to an ecstatic audience at SDCC. “Even though they’re in every movie, there’s so little we know about them.”

“We are going to find out where they come from, who they are, and if any of them are secretly Jedi.  Hint: it’ll be the letters that spell out Jedi,” he said, winking at the audience, as they exploded into thunderous applause and cheers.

In an interview after the event, producers explained that the idea could even translate beyond the screen.

“Star Wars anthology films are all about taking minor characters from the original movies and expanding them into huge money-making empires,” said executive producer Elna Paige. “There’s 26 letters in the alphabet so that’s 26 new toys right there, plus costumes, and we haven’t even gotten to punctuation or words yet. We’re even working on a video game called Star Wars: Battle Font.

“Also these movies make a killing in the Asian market so you bet there are gonna be a ton of Chinese characters in this movie.”