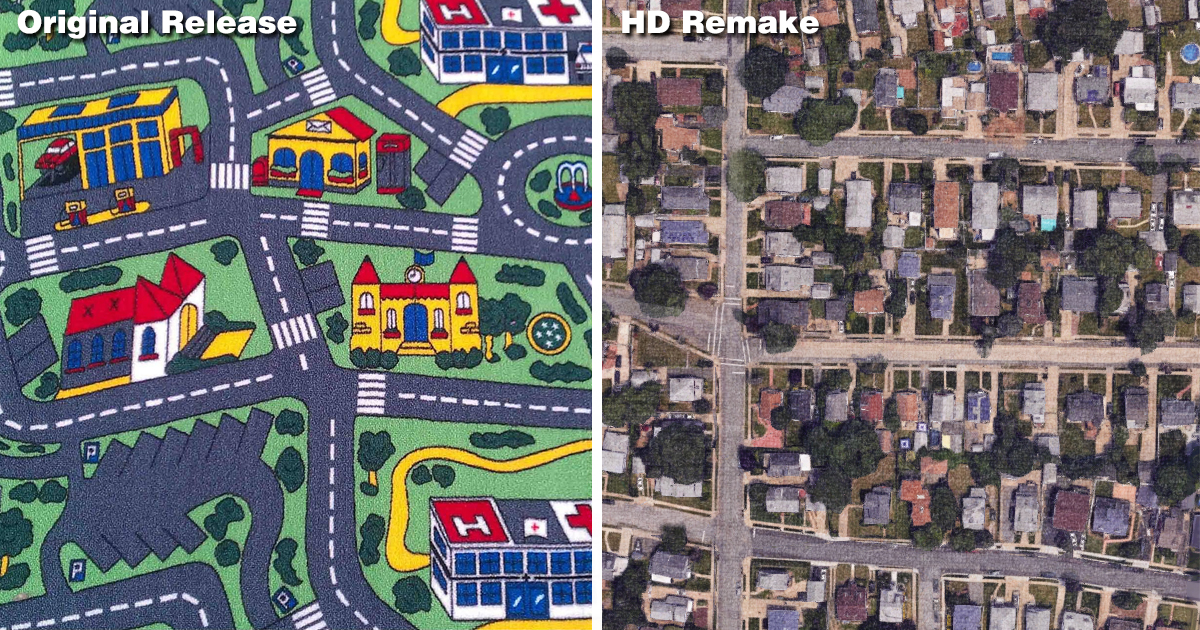 DAVENPORT, Iowa — Fans are ablaze with anticipation as the latest high-quality remake of a cult childhood favorite approaches: that rug with the roads and houses on it.

Henderson Textiles LLC originally announced the remaster to cheering fans at last year’s North American Rug and Carpeting Conference, promising “everything you remembered from elementary school, but with better graphics and more cars than ever before.”

The HD remake of the classic floor accessory makes use of higher-density fabric printing techniques developed in the decades since the original release. The rug will also sport hidden audio commentary from designers, with more unannounced features rumored.

“My Uncle works at Henderson Textiles,” wrote one anonymous commenter. “He said that the new rug will answer long-burning questions, like what the town’s principal industries are and what kind of people live there. We might also see a hot air balloon make an appearance! But it might be a pre-order exclusive.”

Many claim the rug, selling at an MSRP of $120, was the defining floor covering of a generation.

“The rug with the roads was pivotal in developing my tastes as a kid,” said Madeline Aguilar, an urban planner with the City of Milwaukee and self-professed rug superfan. “I can’t wait to pick up a copy of the remake and share it with my boyfriend, who’s never seen it. He can finally experience what I’ve been talking about all these years.”

“We had it in my third grade classroom. The graphics. The feel. I’m sure it still holds up now,” added Aguilar. “It’s definitely not that third grade was a special time in my life where I was too young to see all the suffering in our world.  Freedom from responsibility. I mean, I miss that too, but this rug thing is separate.”