Nintendo Gearing up for Holiday Season by Destroying Any Remaining Stock 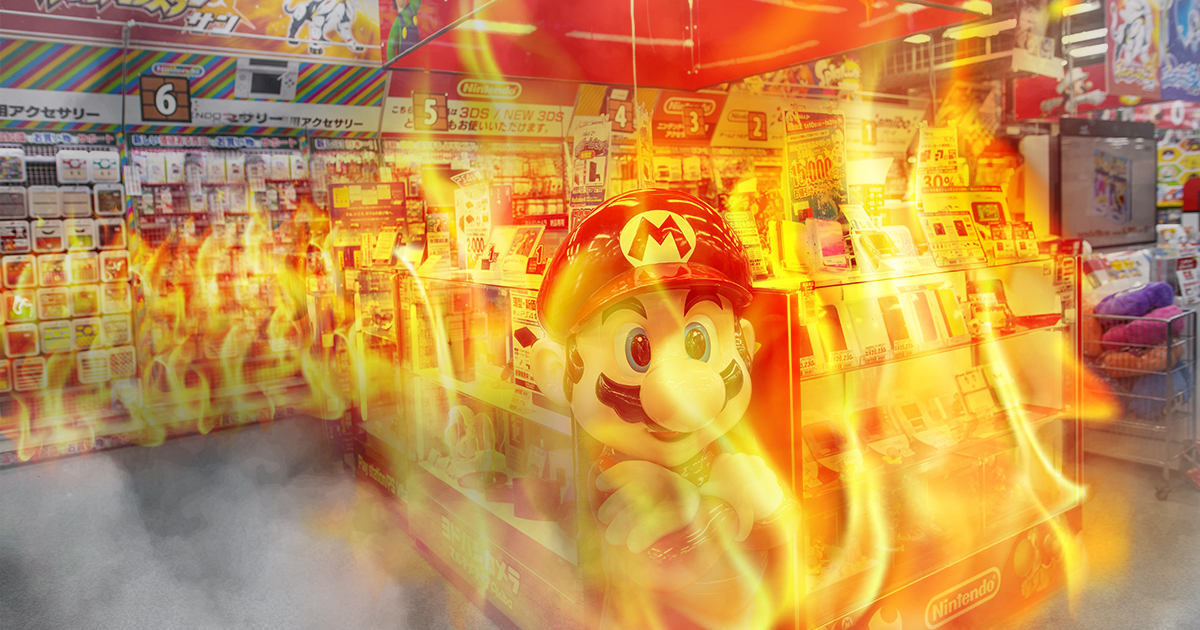 KYOTO, Japan — Nintendo is preparing for the upcoming holiday season by making sure every remaining game and console are destroyed, with its critically lauded Switch console sure to be on many Christmas lists this year, as well as acclaimed releases Breath of the Wild and Super Mario Odyssey, according to close sources.

“Christmas is probably the most important time of year for us to keep our incredibly fun products from the millions who want to buy them,” said Mario creator Shigeru Miyamoto, shoveling a fresh load of Switches into the flames.  “It just wouldn’t make much sense for us to not throw them all into this big wood burning stove.”

A number of fans believe the company is simply manufacturing less units to create a false supply and demand, but Nintendo of America President Reggie Fils-Aime claimed otherwise.

“That notion is bullshit,” he said. “Sorry, I don’t usually swear. I’m just so jacked up from crushing the last copies of Splatoon 2 with my car. To say we don’t make enough Switches is absurd, considering how many I shot down at the firing range last week. I promise we are doing EVERYTHING in our power to guarantee fans are sad.”

Fils-Aime pledged to make amends for recent missteps Nintendo has made in the marketing and selling of their highly sought after products.

“I guess, like, a million people accidentally got their hands on an SNES Classic,” he said. “That was a major SNAFU on our part and you have my word that we will not make that mistake again. It’s just too risky. After seeing what happened with the Wii U, which had plenty of units to go around. Consumers really didn’t take to that.”