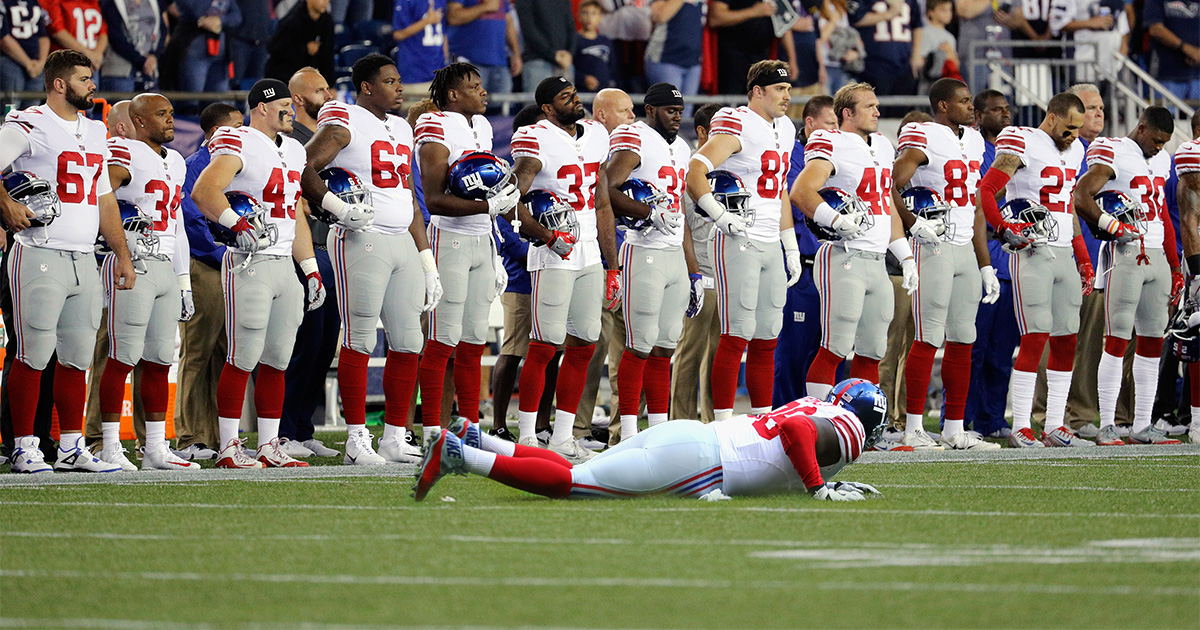 EAST RUTHERFORD, N.J. — In what appeared to be an attempt to show support for his teammates, New York Giants rookie running back Aaron Brockfeld mistakenly laid flat on the ground during the national anthem before today’s game against the Los Angeles Rams.

“I haven’t played too many games in the NFL yet,” Brockfeld admitted post-game. “So I’m not entirely familiar with the movements involved. I’m really still trying to get a feel for things out there. I saw my teammates kneeling and wanted to show solidarity, but I couldn’t figure it out in time.”

Ben McAdoo, head coach of the Giants, issued a statement saying that players are free to express themselves during a game, but aren’t immune to being blocked or muted if they get out of hand.

“I’m really more focused on whether he can perform during a game,” he said. “And to be honest, I was pretty disappointed. I definitely saw him vault over someone that wasn’t there on a punt return, and then after almost every snap he just kind of ran around the pile not doing anything. Factor that in with the three inexcusable offsides penalties on extra points and i’m just not sure how long I can keep him on the squad.”

According to stadium security there was a separate incident during the anthem, when Giants fan Raymond Summers, a Marine veteran, also attempted to kneel during the anthem but accidentally threw a smoke grenade at a wall instead.

“I haven’t been in combat in a while, so I guess I just panicked and acted out of habit,” he said. “I didn’t even know I still had one of those on me.”