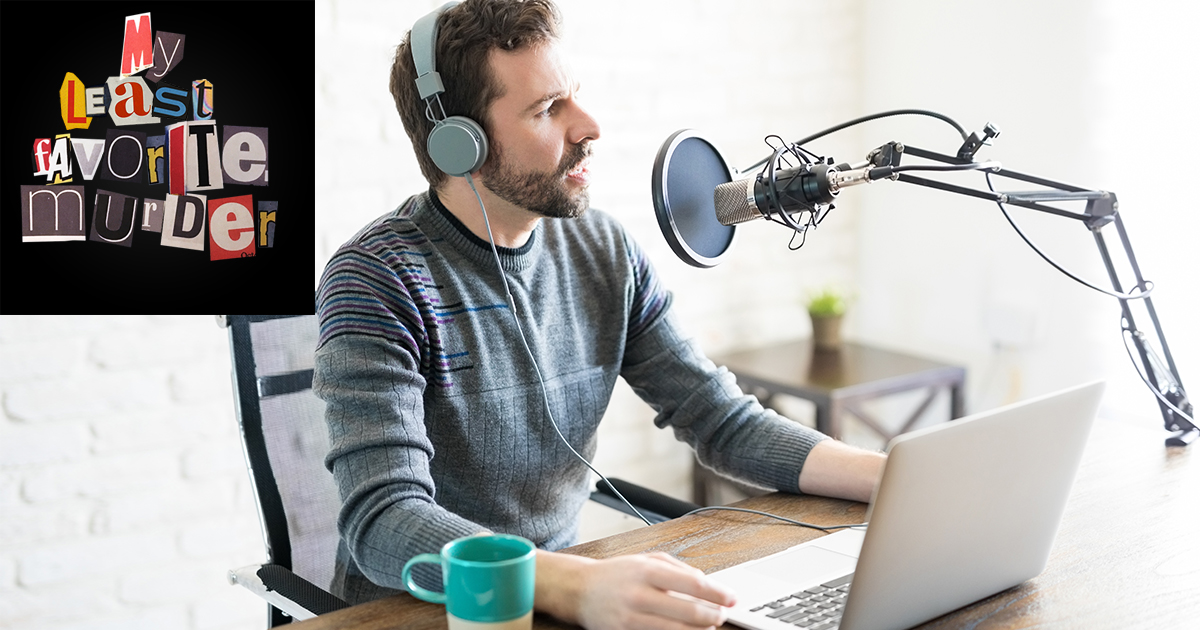 SIOUX FALLS, S.D. — Capitalizing on the true crime entertainment craze, Clifford Waters has turned his grief over his wife’s murder into fame and cash by creating the smash hit podcast, “My Least Favorite Murder.”

“After Martina was shot in the head in broad daylight last Thursday, I figured that I should exploit my own grief before some other content creator does,” said Waters between bouts of sobbing in the podcast’s pilot episode. “We have a bunch of guests lined up to interview: Martina’s sisters, a medium who can talk to Martina herself, and our — I mean my — daughter. When she’s ready.

“There are some people who say that it’s supremely fucked up to get entertainment out of real people’s current sorrow,” continued Waters. “And to them I say — shit, you might be right. But let my tale be an educational tool so that you can learn how to avoid getting your spouse murdered. Will it really help? I doubt it. Nothing matters. Life is chaos and pain.”

The lead detective on the case, Raymond Pantazis, will serve as co-host on “My Least Favorite Murder” to add a sense of expertise to the recording sessions.

“Every true crime podcast needs a co-host to chime in with exasperated sighs, sympathetic ‘ohhhs’ and a surprised ‘Jesus!’ from time to time,” explained Pantazis, who reportedly has no leads in the case but has agreed to a 70/30 split on Patreon proceeds. “This reminds the audience that they shouldn’t be enjoying the story too much.”

When pressed on whether he was working the murder case, Detective Pantazis explained that the podcast took up most of his schedule.

“You have to maintain a regular output if you hope to have any chance at cracking the Top 100.”

After the popularity of the first few episodes, true crime fans eagerly awaited any shred of new content from Waters and Pantazis.

“I became a patron to get access to the bonus episode where Clifford goes into Martina’s closet for the first time after her death,” said true crime fan Caitlin Schecter. “It’s heartbreaking, painful, and compelling. But some people on the My Least Favorite Murder subreddit think it’s all an act and that he’s really the murderer. Definitely an interesting theory.”

Listeners to “My Least Favorite Murder” can get $80 off a Casper mattress by using code DEARGODPLEASELETMEWAKEUPFROMTHISNIGHTMARE.