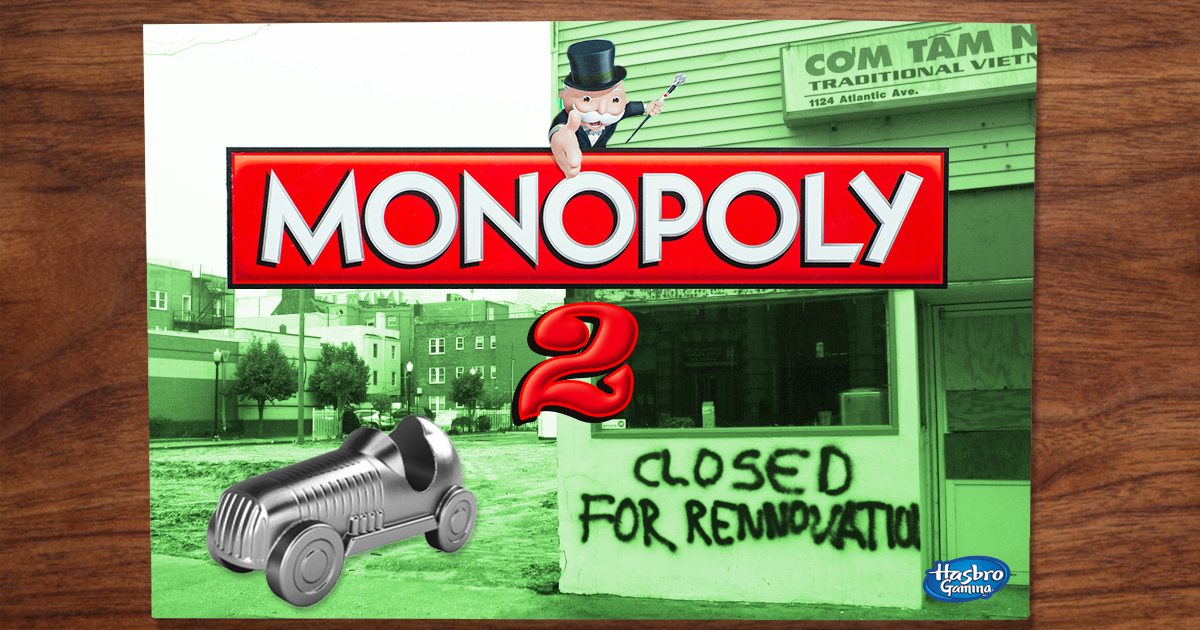 PAWTUCKET, R.I. — Hasbro, in a press release today, announced Monopoly II: Aftermath, a direct sequel to iconic board game Monopoly and the most significant release in the Monopoly universe since the series’ debut in 1935.

Monopoly II: Aftermath will be set in a near-future Atlantic City ravaged by climate change, state violence and the actions of the monopolistic landlords portrayed as heroes in the original Monopoly. The familiar pieces of the thimble, dog, and race car are back and ready to fight to survive a new age of feudalism brought by capitalism’s logical conclusion.

“Many of the changes will be obvious just by looking at the board,” said Hasbro CFO Deborah M. Thomas. “Half of the play area is covered in water due to rising sea levels—the exact kind of global problem that an economic system focused on short-term profit is unequipped to address. Next, the railroads (now hyperloops) and utility plants are already bought and controlled by a group of oligarchs known as The Company. And the community chest is completely empty, having been pilfered by corrupt politicians long ago.”

“Another major change is how currency works,” said Thomas. “In Monopoly II, players still get $200 whenever they ‘Pass Go’ but American treasury notes are worthless due to hyper-inflation. Most transactions are done with a system of cryptocurrency.”

Players running low on this currency can obtain some by driving for a ride sharing service or by selling their plasma to a tech startup’s CEO.

Monopoly II will come out later this year in what many analysts are predicting will be a new sequel-driven strategy from Hasbro. Rumors are already circulating of a Scrabble 2, which adds emojis to the mix.