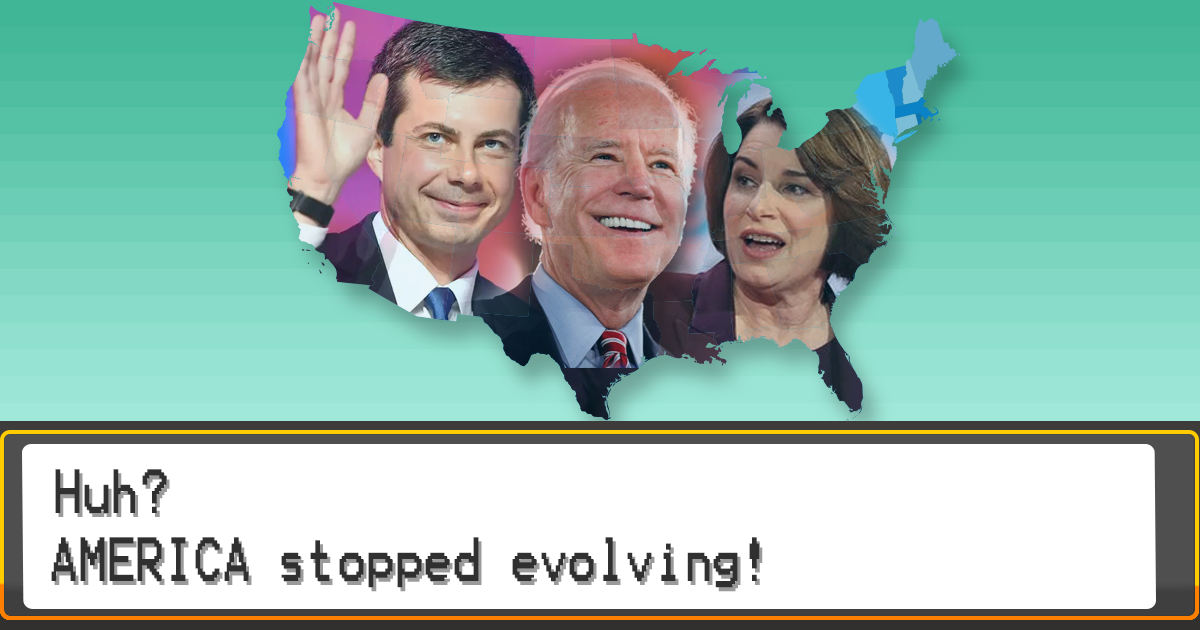 UNITED STATES — After years and countless experience points towards progression, America has finally reached a high enough level to evolve to its next form. This week, however, moderates have shown they are attempting to press B repeatedly and cancel this process.

“Like Ash preventing his Pikachu from becoming a Raichu, we’re happy right where we are,” said former presidential candidate Amy Klobuchar at a rally in Dallas on Monday. “Yes, America learn a few new moves and gain some stats by evolving into a more progressive country, but isn’t it just so darn cute the way it is now?

Sources close to the situation say moderates across the country are  doing what they can to keep America at its current stage. According to experts, however, the evolution would give the country a new set of powerful moves, including Medicare For All, which raises its defense stat significantly.

Moderates are also prepared to give up other great next-tier moves such as Cancel Student Debt, which would increase the player’s wallet size, Green New Deal, which would protect it from toxic attacks, and Higher Tax On The Wealthy, which would make all Gym Leaders less powerful.

“We are perfectly fine with how America is now, and we think the low-level moves are working out just fine,” said Joe Biden in a recent rally. “We’re not looking to progress much further in the game anyway, so we don’t want to have to learn a whole new set of moves and attacks.”

It is unclear if Joe Biden has an Everstone in his inventory, but sources say it is highly likely.