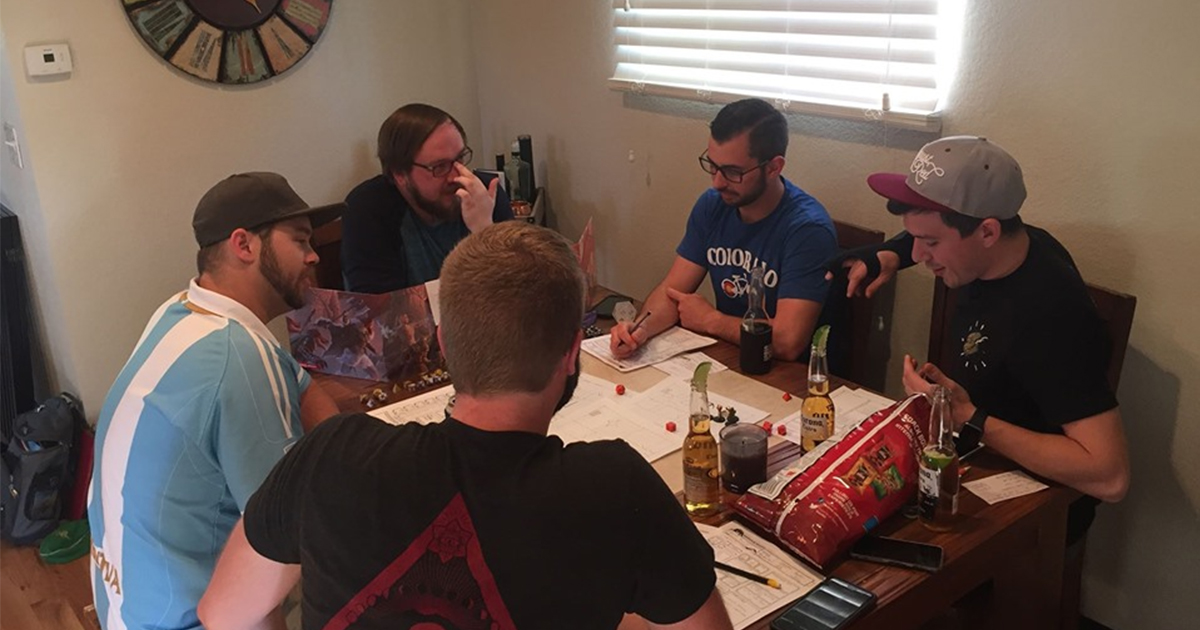 LINCOLN, R.I. — What was originally intended to be a raucous night of drinking, bonding, and doing silly voices was halted in its tracks when a local group of millennials decided to try out Dungeons & Dragons and came upon a concept that none of them could comprehend: the game’s “Long Rest” mechanic.

“So, I’m not sure exactly how this works, but the books are telling me that if you guys take something called a ‘Long Rest’ you can recover all of your health,” said Dungeon Master Paul Jennings with equal parts surprise and curiosity. “I guess it’s like a normal rest…but more than five hours? I know we wanted the game to somewhat fantastical, but is this too far from reality?”

This conversation was the first time the group of twenty-somethings had heard of the concept of a full eight hours of sleep, following their first major battle with a gang of highwaymen which led to a discussion of possible ways to recover their lost HP.

“I don’t know anything about this Long Rest stuff. All I know is that as a Bard, I definitely don’t have health insurance, so hiring a Cleric will be off the table,” said party member Mary Shenk. “Plus, Health Potions in this region are like fifty times more expensive than they are up north in Neverwinter,” Shenk added, followed by murmured agreements and visible frustration throughout the room.

“Personally I think this mechanic is a little farfetched,” said Michael Wojciechowski, the party’s Sorcerer. “I know this is high fantasy and such, but I can only suspend my disbelief so far. Using a Cantrip Firebolt to shoot arcane beams out of my fingertips makes sense in this context, but expecting me to go along with the idea that anyone in any reality would have enough time to just sleep for eight fucking hours is ridiculous.”

Eventually, Jennings decided to homebrew the rules a little bit to smooth the experience over, changing the mechanic to a much more realistic four hours out of sympathy for the adventurers who were just trying to make ends meet the game’s gig economy.