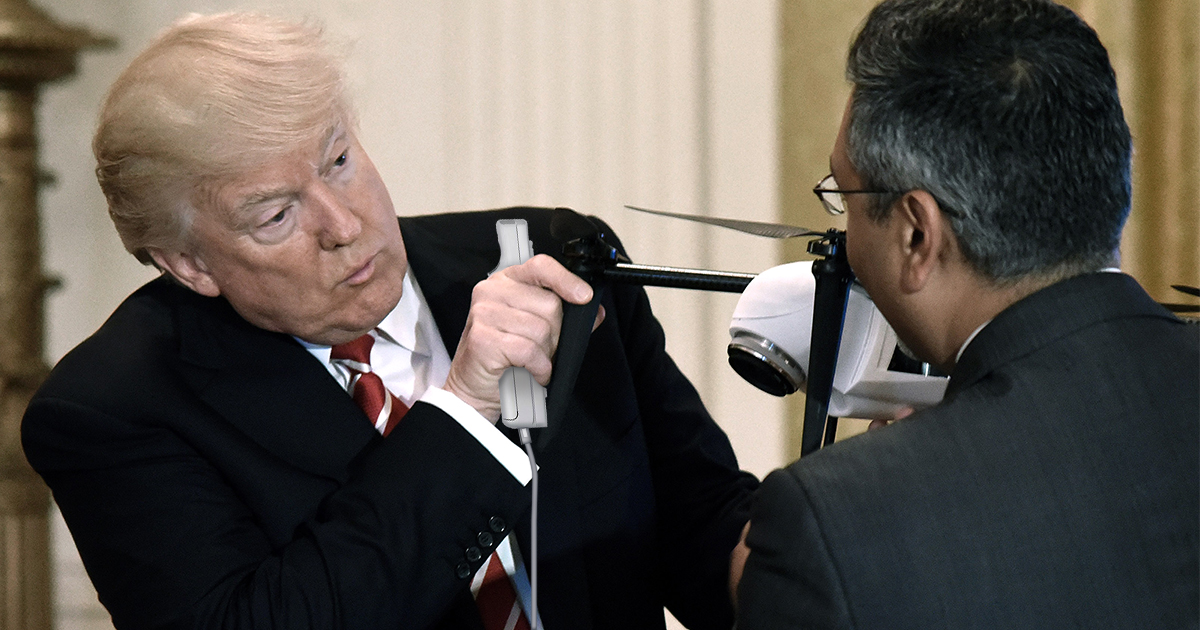 WASHINGTON — Military drone pilot 1st Lt. Juan Herrera was ordered by White House Chief of Staff John Kelly to give President Trump a Wiimote to play with in an effort to keep him occupied, sources claim.

Kelly, reportedly desperate for an opportunity to regroup after months supervising the president, presented Trump the functionless controller and pleaded with him to help carry out a series of important missions.

“General Kelly asked that I give Mr. President the controller and let him sit with me while I carry out missions,” Lt. Herrera said. “I was also ordered to tell the him that he was actually the one controlling the drone on my monitor.”

As of press time, Trump has been “playing drones” with Herrera for 2 weeks and all signs indicate that he remains unaware of the ineffectiveness of his controller.

“It’s weird. He kinda mashes the buttons like a little kid, then smiles at my screen,” Herrera continued. “One time he just zoned out for like 15 minutes, then sat up and started mashing buttons as if he suddenly remembered he’s supposed to be piloting the drone. Even after all that he still hasn’t realized his controller’s not doing shit.”

The President spoke off the cuff about his recent “missions,” at a luncheon honoring teenage entrepreneurs earlier today.

“I’ve spent all day killing bad hombres in Namibia,” he said, ignoring the text on the teleprompter. “Barron says if I get a seven killstreak they give me an attack helicopter. It’s gonna be the best helicopter you’ve ever seen!”

According to Herrera, the rest of the White House staff fully support Kelly’s move, and are asking that no one tell him his controller is unplugged.

“We’re also not supposed to tell him I’m Mexican,” he said. “So if you see him, keep that hush-hush.”