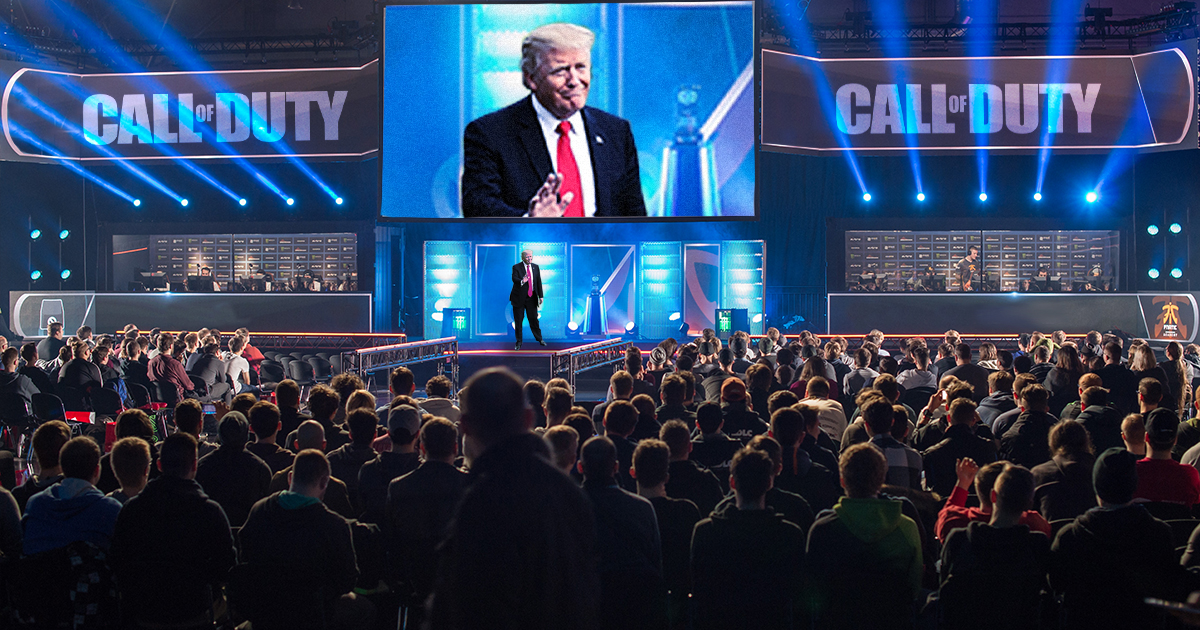 PALO ALTO, Calif. — Organizers of Call of Duty World, one of the largest Call of Duty Tournaments in North America, announced that President Donald Trump will help kick off the annual event by throwing out the first slur.

“It’s a terrific tradition,” said CODW President Tammy Davis. “Boxing has ‘Let’s get ready to rumble’, the Indy 500 has ‘Gentlemen start your engines,’ and Call of Duty World has the first slur. It’s a great way to honor the history and tradition of our sport and we are thrilled the President is going to participate.

The first slur has been a tradition at CODW since 2004, when 12 year old hall of famer Danny Daniels aka sko@lnutz69 spent an entire match screaming racist, homophobic invectives as his foes.

“Daniels really changed things for this sport,” says long time FPS enthusiast Fred Tipps. “Before him you might hear a few shitty things here and there, but after him pretty much every online game you play features a non-stop stream of word barf. It’s special.”

Since 2009, CODW has honored this historic moment by inviting celebrities and politicians to start things off by yelling something horrible into a microphone. “We’ve had all kinds of people here for the first slur,” said Davis. “Bill Gates was our big name. That was in 2008. We had Vanilla Ice in 2009 followed by Karl Rove in 2010.”

The Trump camp is keeping the President’s chosen slur a tightly guarded secret. However, there is speculation that the President and his team of advisors are drawing on their years of prejudice and wealth to construct a new, as yet unheard verbal insult to debut at the event.

“The President is no stranger to profanity and unhinged rants,” said White House Press Secretary Sarah Sanders. “And while I cannot divulge the slur he plans to use I can confirm the President is very excited to say it. He’s also been giggling every time he says the word ‘duty.’”