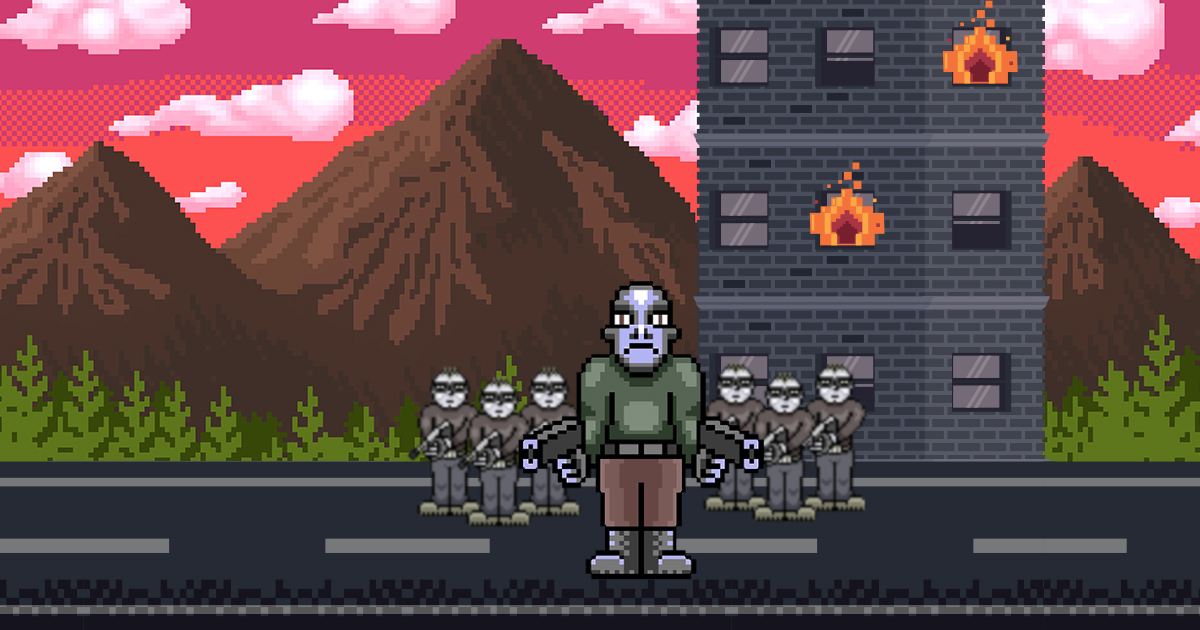 RIVER CITY— Local gangster Antonio Russo continues to work a low level thug position despite pressures from higher ranking goons to take on a boss role, due to his large size.

“I get it. I’m eight feet tall, and pipes bend when they hit my chest,” said Russo. “But that doesn’t mean I’m qualified for the actual organization part of organized crime, you know?”

Russo reports that he has been repeatedly invited to events meant for higher ups within the Alfonso crime family, and was even given a tour of an abandoned factory that could serve as a hangout. In one instance, Russo has received a “#1 Boss” mug as an anonymous birthday present.

“If I become a boss, I’m not gonna be able to hang out with my bros at our favorite burning barrel anymore,” Russo explained. “What if I am not there, and something happens to Spike or Ace? I couldn’t live with myself.”

Pressure on Russo has intensified with the Alfonso family planning to expand their drug dealing operations to the east side of the city. One boss within the family has frequently sent him pictures of dilapidated warehouses and crack dens, with captions like: “Pretty spacious, but that’s okay for a big guy like you right? Haha!” and “Wouldn’t this be a great place to have a final showdown? I could totally see you here!”

“This is the problem with vertical management,” Russo stated. “The better I am at busting heads, the more likely I am to get promoted and moved out of a position where my strengths are utilized. But I don’t want to be a good boss, what I want is to be an amazing thug.”

As of press time, Russo has accepted a promotion within his department, which sees him maintaining his position on the streets, but has shifted him into a nice corner spot at the end of the alleyway.