Inspiring: This Nerd Took to His Balcony to Keep Shouting About ‘The Last Jedi’ 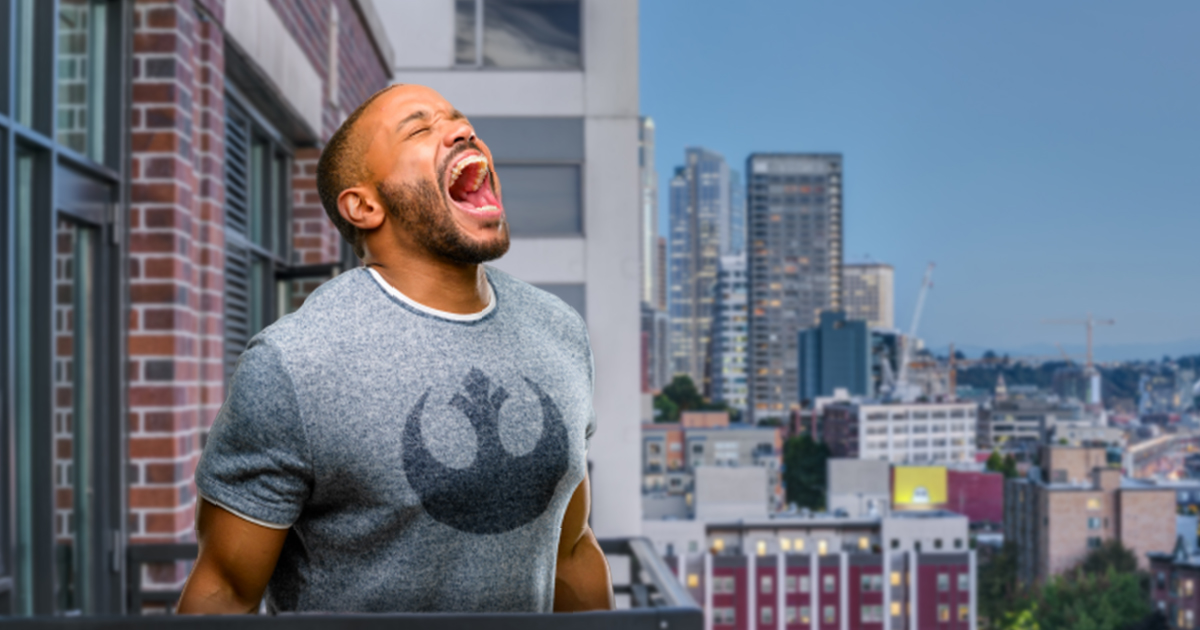 SEATTLE —  As a nation shelters inside its homes amidst the ongoing COVID-19 pandemic, one opinionated citizen inspired many by taking to his balcony to keep shouting about 2017’s Star Wars Episode VIII: The Last Jedi

“It completely destroys everything that J.J. had obviously set up in Force Awakens!” screamed Derek Landry, 32, over the unusually empty streets of his neighborhood. “There was clearly a mystery established around Rey’s true identity, and Rian Johnson just comes along and says she’s nobody? Has he even watched a Star Wars movie before?!”

As businesses close down and fears of an economic crisis grow, many acts that were once seen as mundane or insufferable have become recontextualized as triumphs of the human spirit.

“There are some messages that we can never stop getting out there, even in a crisis. Maybe especially in a crisis,” said Doris Barker, a neighbor that lives several floors below Landry. “We can’t just let our bonds of community break down. Not like the whole second act breaks down for that pointless Canto Bight storyline. Derek made some really good points up there, and if he isn’t going to be stopped from doing what he loves, why should I?!”

Landry has also posted a two hour, forty five minute video recording of his impassioned message to his personal YouTube channel with the title “They can’t quarantine THE TRUTH: The Last Jedi is a TRAVESTY!!!” He has shared the video on Twitter and Instagram, tagging Mark Hammill, Rian Johnson, and seemingly every official Star Wars social media account.

“There are some things that we just can’t let go of, you know?” Landry asked of his impromptu speech. “Our connections, our sense of belonging, that awful scene where Leia flies through space like she’s fucking Mary Poppins. No, the only germs I’m going to let ruin my Star Wars fandom are midichlorians!”

At press time, Landry was seen throwing objects and yelling at the window of one of his neighbors who had poked her head out to insist The Last Jedi was superior to The Rise of Skywalker.