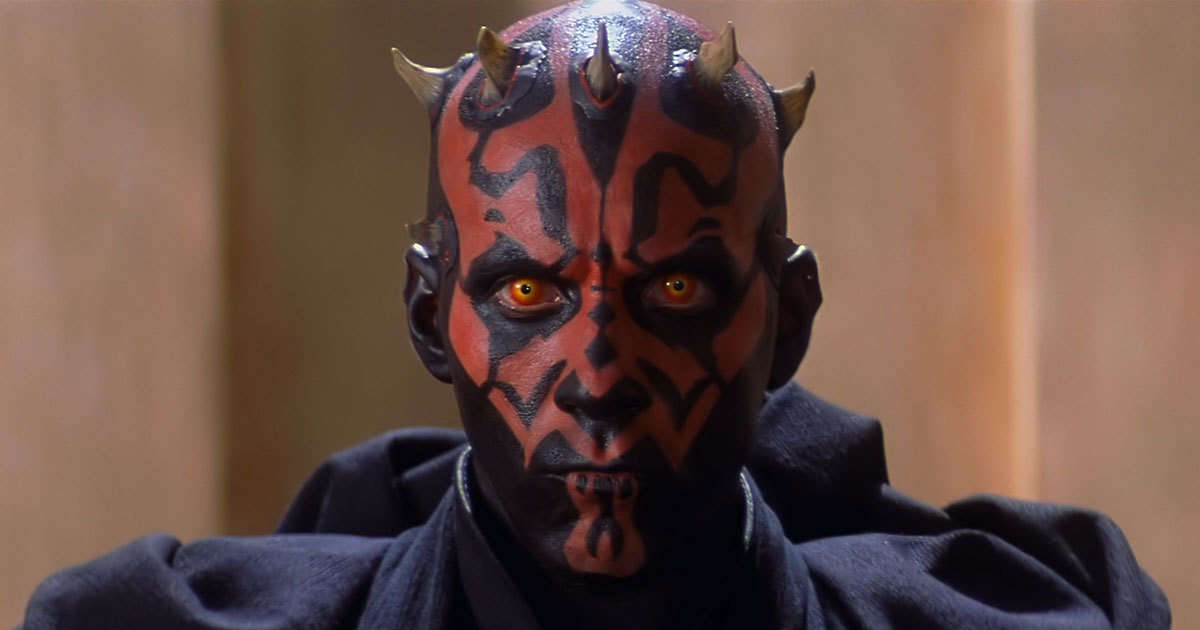 Ever since George Lucas’s sci-fi epic The Phantom Menace premiered in 1999, Star Wars fans have been obsessed with one character: Darth Maul. Speaking only twice in the entire film, the villain’s air of mystery is perhaps his greatest strength. Though some of Maul’s backstory has been revealed through supplementary materials, one question still burns in our minds, hotter than a double-sided lightsaber: Is Darth Maul red with black stripes or black with red stripes?

I mean, if you look at him one way, it seems like black is in the background and the red stripes kind of pop out, you know? But if you keep looking at it, you start to think that maybe the red is the background. The background should be the most prevalent color, and there’s certainly a lot of red! But then again, there’s a lot of black, too. Especially around the horns. (If those are supposed to be horns.)

Let’s look at it a different way. Black is a color that people can be in real life. I’ve seen a lot of black people in my time, but very few bright crimson red people. That would mean that black is probably the base color and red is the accent color. Of course, this theory is a little flimsy on account of the fact that Darth Maul is not a real life person. He is an alien and aliens can be any color. So, we’re back to square one, I guess.

Wait a minute! Remember how I mentioned Darth Maul’s horns earlier? Well, you know who else has horns? Satan, from the Bible. The main thing we all know about Satan, besides that he has horns, is that he is red. George Lucas is known to draw inspiration from the great myths of our time to create his stories. If George Lucas based Darth Maul on Satan, would that mean that he is red with black stripes? Unfortunately, it is impossible to know for sure, as George Lucas did not respond to my requests for comment, no matter how loud I screamed them outside of his bedroom window.

In the end, there’s not much we can do but speculate. Red and black, or black and red? It could go either way, honestly. The more I think about it, it’s really not that important. What really matters is that Darth Maul had a double-sided lightsaber.