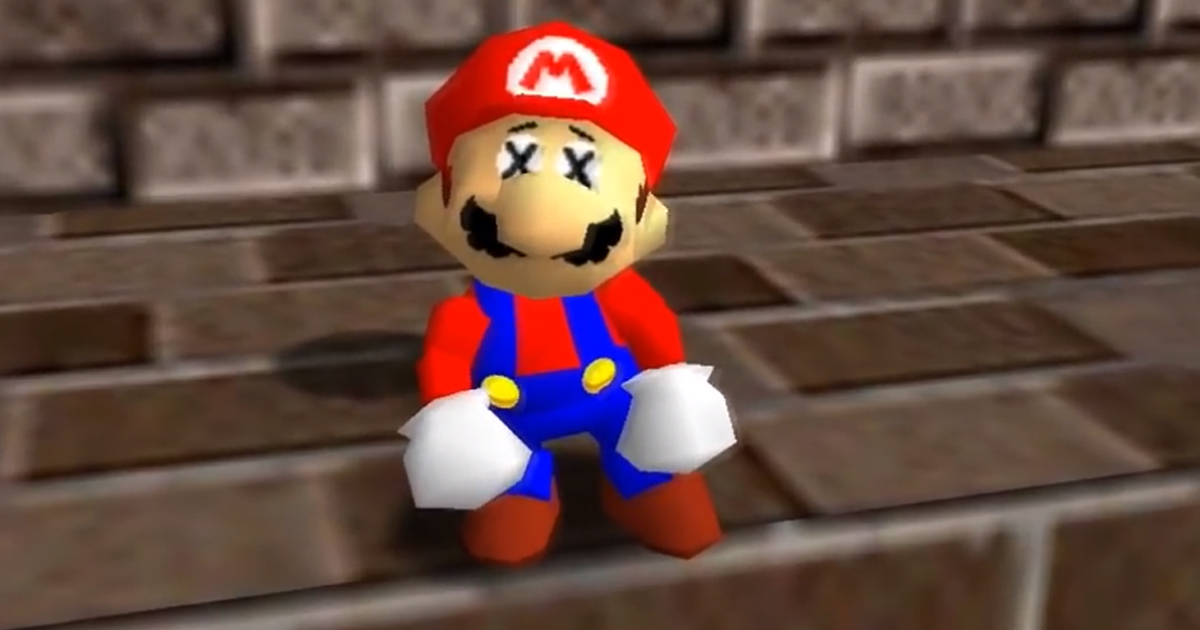 TOKYO, Japan — The gaming community discovered yet another vulnerability in the classic Nintendo 64 console, which works in conjunction with the game Super Mario 64 by giving Mario a fully activated nervous system that responds to pain in real time.

“We don’t know why Nintendo included this,” said a member of the hacker collective known as Judicator. “Our two working theories are as follows: either this was a test to see how far the technology of the N64 could be pushed or the Japanese are just weird.”

“Replaying this classic game with the hack enabled creates a whole new experience. Every time Mario slides down a wall, he wails about the stones tearing into his flesh like thousands of tiny knives. It really makes you consider your gameplay options much more knowing that Mario is going to feel them in their entirety.”

The hack also revealed previously hidden dialogue that pair up with the new feature.

One clip released by the group shows the aftermath of a Thwomp attack. “Ooph, give-a Mario a breather cause my body hurt-a all over,” Mario says while hobbling around with a limp and moaning “Jesus-a Christ” intermittently.

Even positive actions in the game world inflict pain, such as the stars that Mario collects, which now cause him to cry out in a combination of torment and joy as his hand is burned by the intense heat of the item.

“The story takes on a philosophical bend now, watching this poor man go through constant suffering as he strives for his goal, only to reach it and find even more hurt. I imagine whoever developed this unused mode was reading a lot of Russian novels,” explained a representative from Judicator.

The same group that hacked the N64 is said to be working on a rumored glitch that allows Mario to feel real, genuine love, only to have it violently stripped away from him, causing him to reflect on all the decisions he has made over the course of his life.