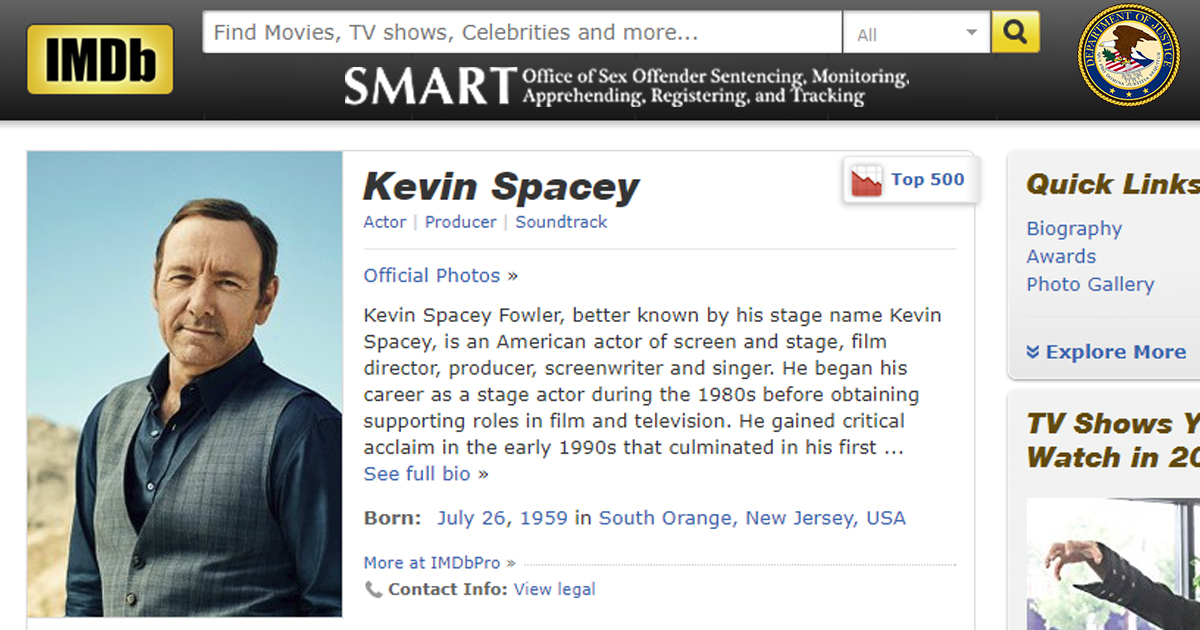 WASHINGTON — The U.S. Department of Justice announced today it would acquire the popular entertainment database IMDb.com in order to turn it into the new online National Sex Offender Registry.

“I was explaining to the new guys how you need to create public profiles for the offenders which have to include their pictures, physical characteristics, and a list of their crimes when it hit me ‘Oh, I am just describing IMDb.com,’ Reznik said while glancing somberly at a poster of American Beauty, his previously-favorite movie. “Buying the site saved us thousands of man-hours and millions of dollars.”

“Plus we’re the first ever government website to feature a trivia section,” he added.

Reznik went on to explain how the government was easily able to incorporate their new acquisition.

“IMDb already has all the background information we needed on like 90% of all high-profile sex offenders. And, let’s be honest, most of the future ones, too,” Reznik added with a smile as empty as the flask on his desk. “With a few simple tweaks, it could easily become the most accurate sex offender registry system in the world.”

Under the management of the U.S. Department of Justice, titles like “Actor” etc. on IMDb profiles of convicted offenders will be replaced by the more accurate “Rapist,” “Groper,” or “Molester.” The “Known For” section listing the most famous movies the offender was involved with will also undergo changes and now feature all of their crimes along with a forum section for users to argue about whether or not they should feel guilty while watching their work.

Additionally, the movie pages themselves will switch to a new rating system, classifying movies either as RBA for “Ruined By Abuser” and “NRFN” for “Not Ruined For Now.”