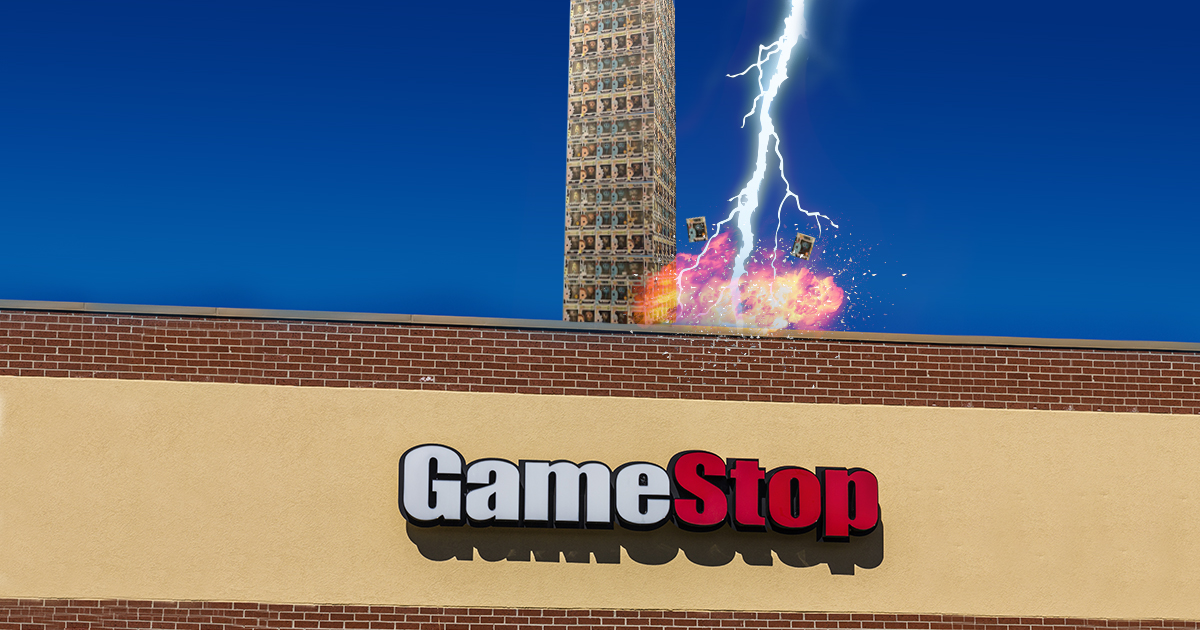 STROUDSBURG, Penn. — Heavenly father of all creation God recently rained His anger down upon a group of arrogant GameStop employees who tried to build a tower of Funko Pop! Vinyl collectibles to the heavens, today.

The Earthly affront to God’s splendid perfection was located at the former Bartonsville shopping plaza, where a large, sulphuric crater currently smolders.

“Apparently they just kept putting more and more Funko Pop boxes on to of each other in the store until it broke through the ceiling and started reaching into the crowds,” said onlooker Eric Stevenson. “They say God created man in His image so I guess it makes sense He also wishes GameStop went back to just selling games.”

At its base, the tower measured 20 cubits, and was constructed on the floor as part of GameStop’s new initiative to sell more collectible items in-store. The Star Wars line of Funko Pop! Vinyls made up the majority of the base, with less desirable properties making up higher and higher tiers.

Part of God’s anger came from the encroachment of Shrek, Minion, and SpongeBob figures into His Holy Realm.

“We put those near the top, because they don’t sell well and aren’t in a clear customer line-of-site,” former manager Dave Snead said of the blasphemous tower. “Had we only stopped to consider our insignificance in the blinding glory of our heavenly father, we might have stopped building at the Walking Dead level.”

In addition to wiping from the Earth all evidence of the Stroudsburg store’s existence, God also cursed its employees to never again be able to convince a customer to sign up for a Power Up Rewards card, or pre-order the next Call of Duty.

Additionally, God issued a threat to all GameStop employees who should dare challenge his omnipotence. If any intrusion of collectibles on His mighty kingdom happens again, God said He will reintroduce GameStop corporate’s Circle of Life program.

“I’d rather be a pillar of salt, to be honest,” Snead said of God’s angry promise, according to those close to him.