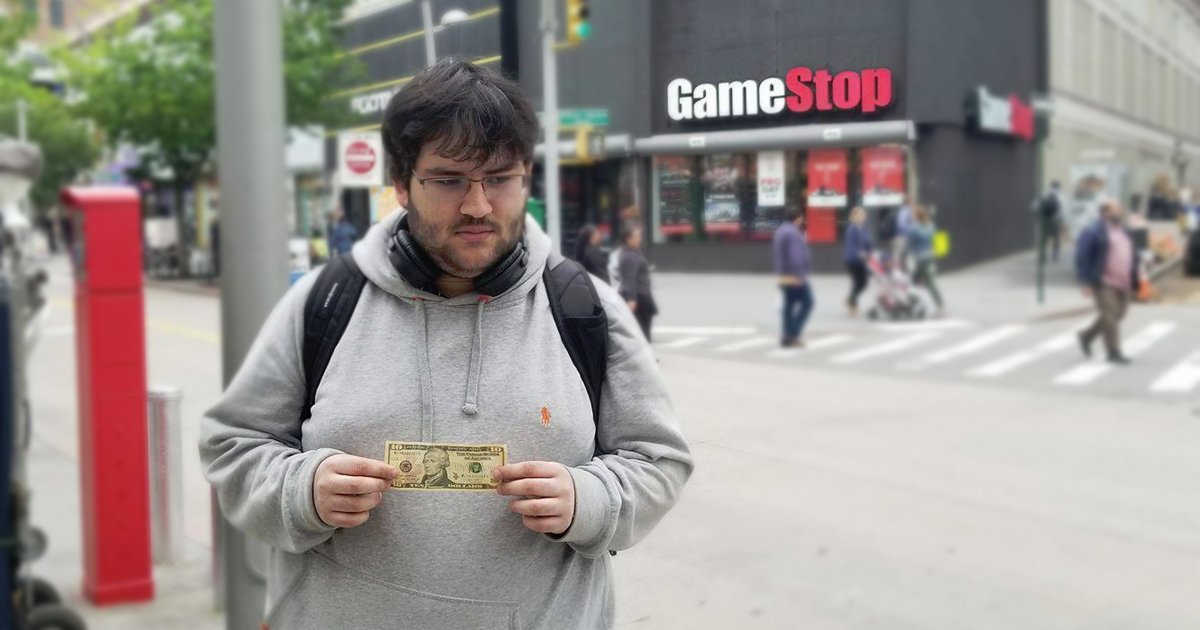 FRESNO, C.A. — A man hoping to haul in a large sum of cash found his local GameStop was only willing to pay $12.38 for his treasured video game collection earlier today.

“I was poking around my attic and I found my Super Nintendo, like 75 games and an NES with the Duck Hunt gun,” said James Fisher, cradling a box of video games not unlike a small child. “I had a lot of great memories with this stuff, but I need the cash and this has to be worth at least a grand, right?”

Fisher presented his collection of relics from his bygone youth to Brad Patterson, a 19-year-old part-time sales associate. After a brief appraisal, Patterson offered the notably specific sum of $12.38 for the collection.

“I figured some of these would be worth something,” Fisher said. “This is Mega Man X! This game shaped who I am today. You crooks are going to stand there with a straight face and tell me this Power Glove is worth nothing?!”

After several more anecdotes about the significance of items in the box, Fisher accepted the offer, citing his need for money, as well as his wife’s insistence that he get rid of that “junk in the attic.”

“I guess they make the rules,” Fisher said. “I was hoping to get a lot more, but they’re the experts. That number was so specific, they must have some real in-depth way of valuing these games.”

Patterson explained the formula he used to calculate his offer.

“That was just the time I showed up today,” he said. “First number that popped into my head. Hey, if I take some of these to flip on eBay you won’t tell my boss, will you?”