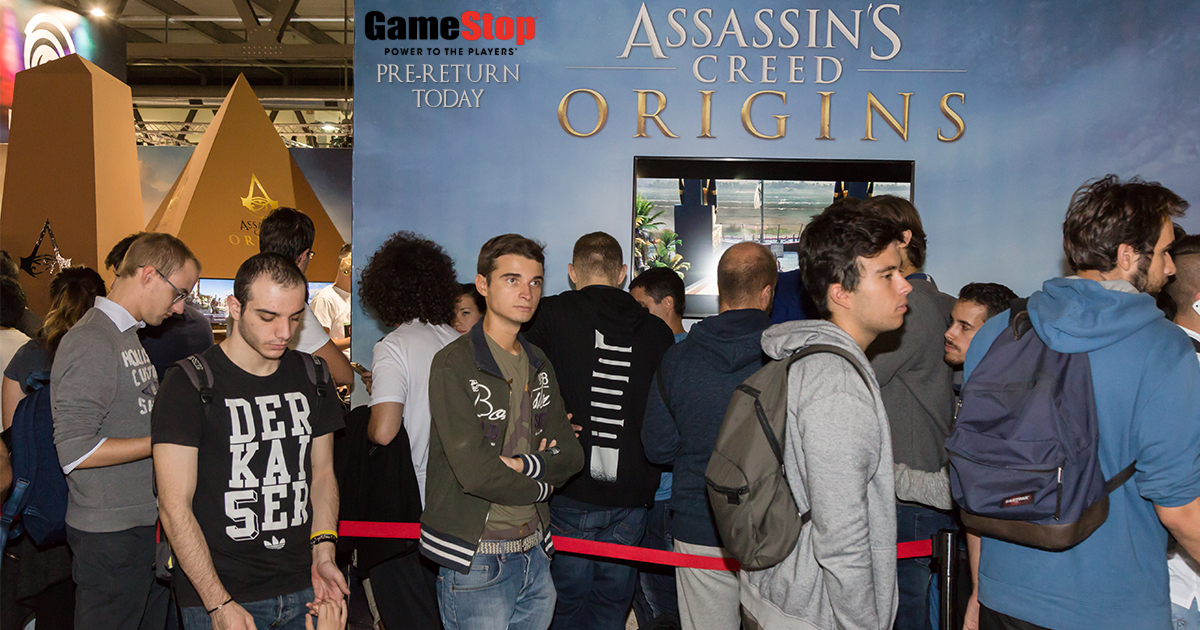 GRAPEVINE, Texas — Video game retailer GameStop announced that for Ubisoft’s highly anticipated game, Assassin’s Creed Origins, it would allow customers to not only pre-order the game but also pre-return it as well.

The new program gives customers the opportunity to return the game before they play it, saving customers the hassle of taking the game home and getting disappointed after a couple of hours.

“Here at GameStop, we are constantly analyzing the way our customers buy and play our games. We noticed a pattern evolving with the last few installments of the Assassin’s Creed series, where customers would return the game within days, or even hours of purchasing it,” said GameStop spokesperson Amber Schroeder, during a press conference, laying out the reasoning behind the bold new program. “Our new pre-return program will streamline that process, allowing gamers to immediately return the game after buying it, if they wish to do so, without having to actually play it.”

“The Assassin’s Creed franchise is all about high flying action, immersive historical storytelling, and formulaic gameplay with minor improvements between yearly installments that tricks gamers into thinking ‘this year will be different’ for reasons beyond my understanding,” continued Schroeder to the press.

Plans are already in place to expand the pre-return program to other titles, namely Call of Duty and Madden, who are also known for releasing yearly installments that disappoint many of their fans.

“Our motto at GameStop is ‘Power to the Players,’ so we believe in giving gamers plenty of options when deciding to stop playing games. With hundreds of titles in stock at each of our seven thousand locations, we’re positive that you’ll find another game to let you down in no time. Possibly even another Assassin’s Creed!” Schroeder cheerfully said while executives from Ubisoft, EA, Activision and 2K sports stood behind her smiling.

GameStop promises that customers who take advantage of the program will receive, “Up to 30% of the original price of the game,” While PowerUp Rewards members will also receive a collectible Assassin’s Creed keychain and knit beanie, which are also eligible for immediate return.