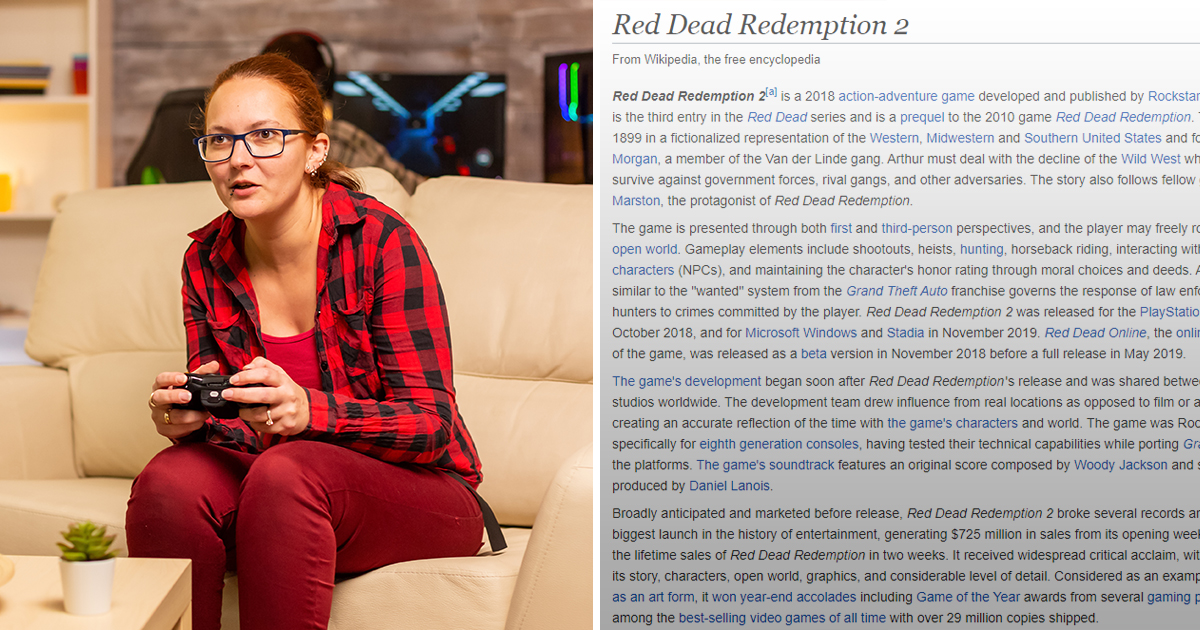 Bufalini, who had already read the descriptions of all the alternate endings before starting the game so she could know which one she wanted to pursue, exalted the game’s unpredictable nature.

“It’s such an immersive world that you really feel like you’re living in it,” continued Bufalini, who has never spent more than 45 consecutive minutes playing the game without consulting a walkthrough to make sure she hadn’t missed anything cool.

“I normally don’t mind watching my friends play RPGs — there’s so much story involved that it’s entertaining even if you’re on the sidelines,” explained Edwards. “But when Francesca plays, she spends so much time Googling exactly how to get hidden weapons or shiny armor or whatever that you never get to the interesting parts. In all the hours she has played, I don’t think she has ever let a character finish a line of dialogue.”

When asked, Bufalini clarified that she “doesn’t skip all the dialogue,” but instead selects the responses that lead to the best outcomes while setting the text to its fastest scroll setting so that she can save a few seconds before getting to the next cutscene. She does, however, then skip the cutscenes, because she’s “already seen all of them in Let’s Plays, so what’s the point?”

At press time, Bufalini decided she wanted a break from gaming to do something spontaneous in the city, and was seen Googling the phrase “top spontaneous things to do in the city.”