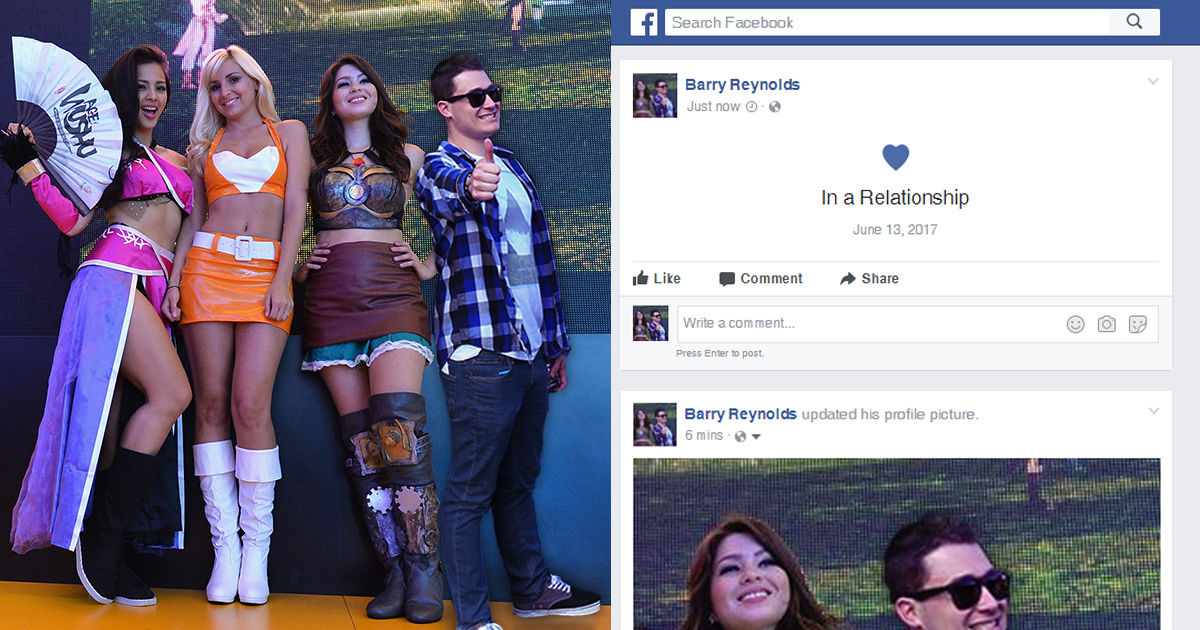 LOS ANGELES — Barry Reynolds, a 23 year old gamer attending his first E3 has officially changed his Facebook relationship status to “in a relationship” after a brief, disjointed exchange with a booth model hired to interact with attendees, reports close to the Facebook milestone event confirmed.

Reynolds, who has never had a relationship other than the time he momentarily held the hand of his childhood friend Rebecca in the 5th grade, was later seen calling his mother to confirm the good news.

“Her name’s Sara!” he reportedly said over the phone to his mother. “She likes video games just like me. I met her at the convention.”

After a brief pause he added, “Yeah you can tell Grandma. I think you’re all going to really like her.”

The conversation, a brief interaction that reportedly included three nervous yawns, was highlighted by Sara following her customer script and smiling a lot, sources close to the situation who chose to remain anonymous confirmed.

“Can’t wait to meet her!” Beth Phillips, Reynolds’ aunt who rarely comments on his page, wrote on the status.

“There’s plenty of time for her to meet everyone,” Reynolds replied, adding an overly confident laughing emoji. “Thanksgiving’s only a few months away and I’m already thinking of what she might want for Christmas!”

Outside the convention center, Sara put on a motorcycle helmet before hopping on the back of her boyfriend’s motorcycle, who had come to pick her up.

“Which one? The one in with stains all over his jeans? Aw he was so sweet,” she said when asked about Reynolds. “They’re all so sweet. I think he was a little, you know, off. But I hope he finds someone another Comic Con person or whatever.”

“My name’s Claire, by the way!” she added as she sped off.