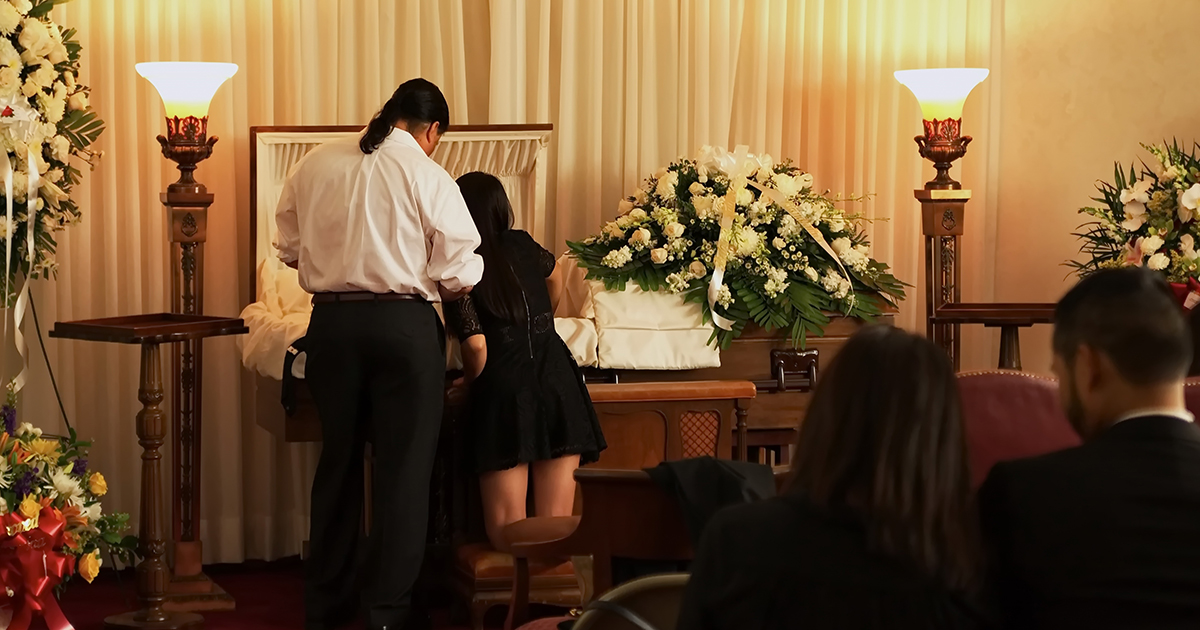 SAN FRANCISCO — Friends of deceased gamer Paul Wesley came together yesterday evening for an open-casket viewing at Adam’s Funeral Home, where they shared stories about the deceased, comforted one another, and rummaged around the corpse for any valuable items.

“It was very bittersweet. I am really going to miss Paul,” said friend and gamer Gary Carson. “But he isn’t really going to need this necktie once he’s buried and it is going to give me +3 Charisma, which I need for an upcoming job interview.”

While many gamers saw this ritual as a way to honor the deceased, other attendees at the funeral were shocked at the sight. Several reportedly became nauseous as the gamers ripped the padding out of the casket in an effort to “reduce damage from melee attacks.”

“They descended on the casket like vultures,” said Wesley’s grieving aunt Paula Whitbrook. “One person yanked off Paul’s shoes and said something about dodge rate. Another stole the cufflinks Paul’s grandfather gave him and shouted about how they will increase his critical hit chance.”

Witnesses say that Wesley’s parents had to be ushered out of the room at the sight of their dead son being stripped essentially naked. Experts on gaming culture, however, suggest that this rite is not only appropriate but also cathartic.

“From the outside I can see how this ceremony could seem off putting,” gamer anthropologist Dr. Dane Fenton explained. “But to gamers, they are honoring Mr. Wesley’s life by taking his accumulated wealth for their own use. It is their way of keeping him alive.”

While his friends did loot Wesley’s corpse, they also honored his wishes and saw that he was buried with his Nintendo Switch, so that his little brother Joey couldn’t get his hands on it.