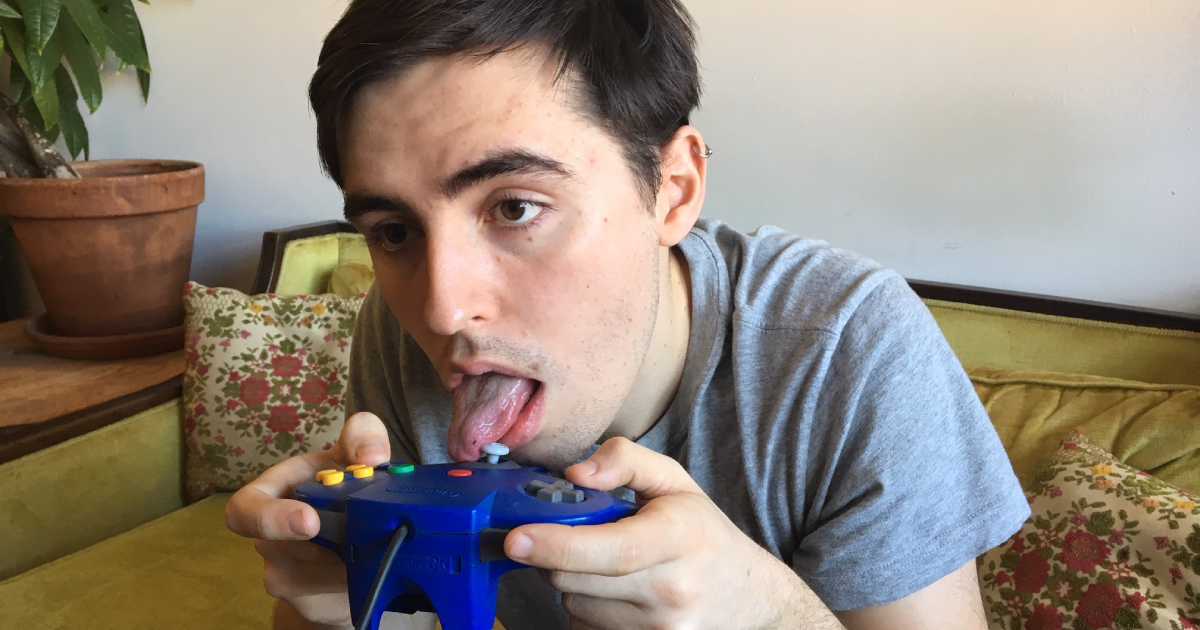 DENVER — A group of friends is appalled over one member’s insistence on using his tongue to spin the control stick in Mario Party mini games, disgusted sources confirmed.

“This guy Brett will roll up to game night and as soon as one of those analog spinning mini games starts up, out comes his glistening, sopping wet tongue,” said Miles Jackson, an acquaintance of Brett Meyer’s. “Beyond being weird and distracting it’s also fucking gross. He’s slurping up other people’s hand germs and getting his slobber all over a controller other people have to use.”

Meyer’s lingual gaming strategy is not relegated solely to private residences, according to one local game shop owner.

“Yeah a couple of years back we held a huge Mario Party tournament with cash prizes and brackets and the whole nine yards,” said Mary Childers, owner and operator of The Game Pit.  “And that motherfucker shows up, grabs one of our controllers, which has been around for god knows how long and been through more hands than I can count, and just fucking goes to town on it like he’s a teenager and it’s his homecoming date. I don’t think game stores have health codes, but I’m still scared about the consequences of this”

Meyer attempted to justify his unsettling strategy while simultaneously holding an ice pack to the massive blisters it caused on his tongue.

“Listen, I’m not as young as I used to be and my hands aren’t as nimble and dexterous as they once were,” he said.  “So I had to adapt in order to keep my competitive edge. The tongue, which is proportionally one of the strongest muscles in the human body, was a natural choice to replace my frail, clumsy adult digits. Yes, the salve I have to apply to my tongue blisters when they burst in order to prevent infection tastes putrid, but the sweet taste of victory washes it away like the sun burning away mist.”

At press time, Meyer was seen slipping his tongue through the loop of a padlock and attempting to curl it like a barbell in order to hone his skills.