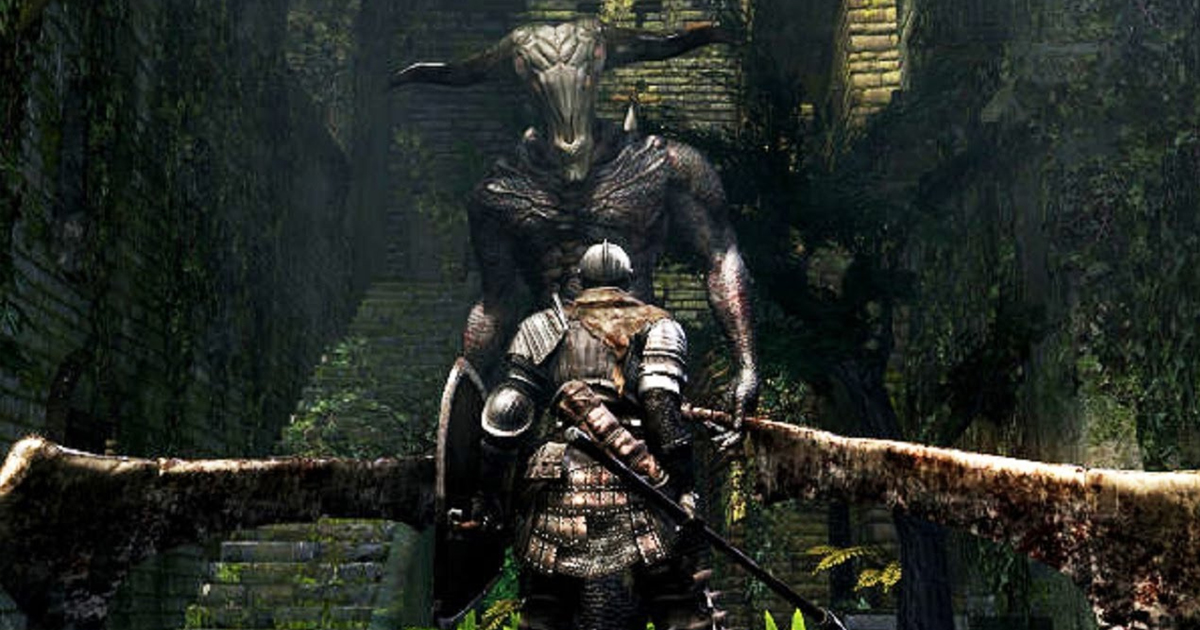 LORDRAN  — The Capra Demon, a challenging boss of the early Lower Undead Burg area in Dark Souls, has been seen picking up extra shifts as a mid-game enemy, sources confirm.

While the Capra Demon usually spends most of his time terrorizing newer players with his dual-machetes in his cramped boss arena found in an early level, lately he’s likely to be spotted in a number of different areas.

“The souls just aren’t flowing like they used to,” said the Capra Demon during a quick smoke break by the Lava Lake found in the Demon Ruins. “Had to get some extra hours on the board, even if it meant swallowing my pride and becoming XP fodder for players I used to slaughter. Sure, it’s not as flashy or esteemed as being a big area boss, but money is money. I have two annoying fucking dogs to feed at home. A malicious goat demon’s got to do what he’s got to do when it comes to putting food on the table.”

The Capra Demon went on to say friends and other early bosses, such as the Taurus Demon, have supported his decision. However, others aren’t so impressed.

“It’s sad to see him like this,” said Executioner Smough, one of two bosses in the Anor Londo area. “I know we can’t all be fan-favorites like me and my life partner Ornstein, but have some respect for yourself. We’re not trash mobs, and we never will be. I’d personally crush Ornstein with my own hammer before letting him take a shift in the Duke’s Archives. I mean, at least take a palette swap before showing your face down there. People talk, you know.”

At press time, the Capra Demon was reportedly considering joining an end-game boss rush in a desperate attempt to stay relevant.