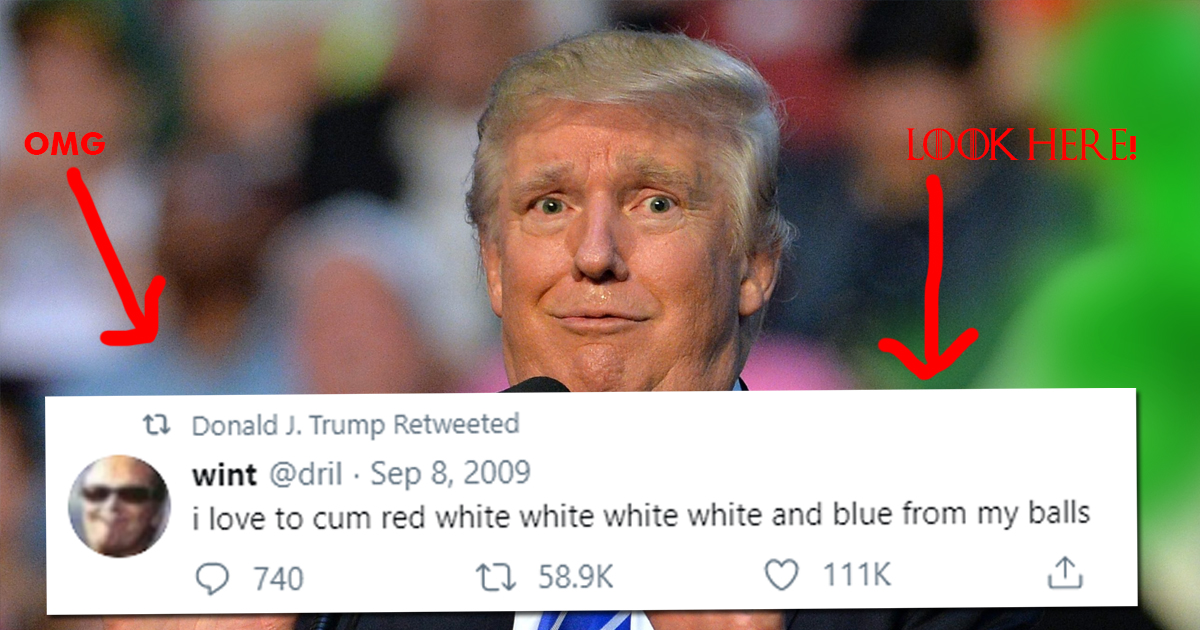 WASHINGTON — Famed cursed twitter account @dril became a conservative icon this morning after being retweeted by President Donald Trump, in what experts say may have been an accident.

Despite only hours having passed since the president’s retweet, dril has already appeared on the Joe Rogan Experience with his face blurred out.

“Wow. Amazing. I really love the insight you’re getting out into the world. What you’ve said about shitting yourself has changed my life, man. Have you ever tried DMT?” Joe Rogan asked dril in the 7-hour YouTube interview, in which dril does not speak. “What’s crazy is that we evolved from shit, man, you know? That’s true. I tied a scientist to a chair and he told me that. Shit is such an important part of nature, man, we use it to plant bushes, make earth fertile. It’s society. Wild shit.”

“I think dril is a good and important conservative and I am honored to be second place, which numerically is number two on the list,” Shapiro inexplicably tweeted. “I respect dril’s position on how our opinions should be based on whether or not girls like them. My doctor is a wife, in case you did not know.”

However, dril’s spotlight was quickly taken after it was revealed that Jeffrey Epstein was in fact murdered by famed goo-plumber Gooigi, who slipped in between the bars.

This article was written by our Twitch chat! Watch the full video of its creation: