Doctor Informs Knuckles That Those Are Actually Tumors on His Hands 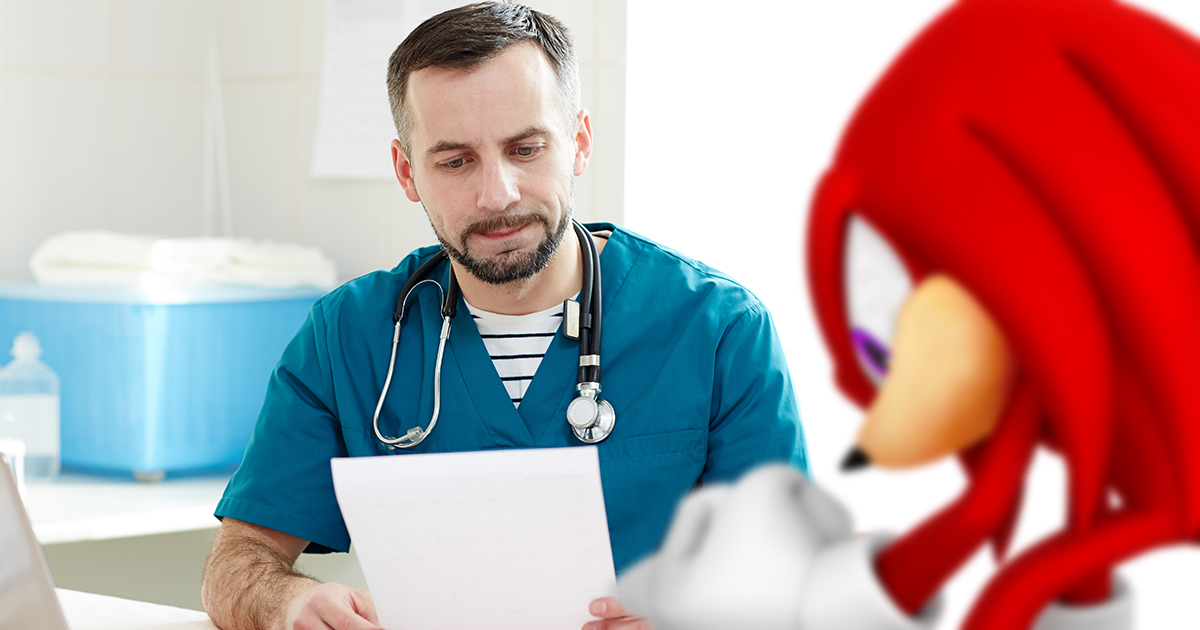 STATION SQUARE — In a somber twist to an otherwise routine checkup, a doctor on call at Station Square Medical Center regretfully informed Knuckles the Echidna that those are actually tumors on his hands.

“We have treatment options with a very high success rate to help you fight this,” said Maria Sloane, M.D., in an effort to console the visibly distraught, now-gloveless Knuckles.

“It’s a good thing you mentioned that your hands have been feeling sore lately or we might not have caught this as early as we did,” added Sloane, admitting that she never suspected that the huge protrusions on Knuckles’ hands were anything other than cartoonishly large knuckles on account of his name.

“We won’t know for sure whether they’re malignant until the biopsy results come back,” Sloane continued. “Until then, just be gentle with them. Leave your gloves off for the next few days. No digging up holes or climbing up rock walls until further notice, either,” she added, handing Knuckles a pamphlet with more detailed care instructions titled “So Your Knuckles Are Tumors.”

When asked for comment on the prognosis, Sloane said the cause of the tumors was still unknown.

“I can’t say for sure what the cause is, but I’m concerned about the amount of radiation Knuckles has been exposed to through his job,” said Sloane, referring to Knuckles’ lifelong duty of guarding the Master Emerald. “We don’t know what kind of radiation that emerald emits, but it makes an entire island float, so it can’t be nothing. I’m starting to wonder if Knuckles is actually even red. We’ll deal with one thing at a time for now.”

Sources say that, despite the immediate shock of the diagnosis, Knuckles seemed positive after hearing the plan for further treatment. However, he did reportedly seem disheartened after realizing that the Echidna tribe’s centuries-old naming traditions meant that he would have to change his name to Tumors the Echidna immediately.