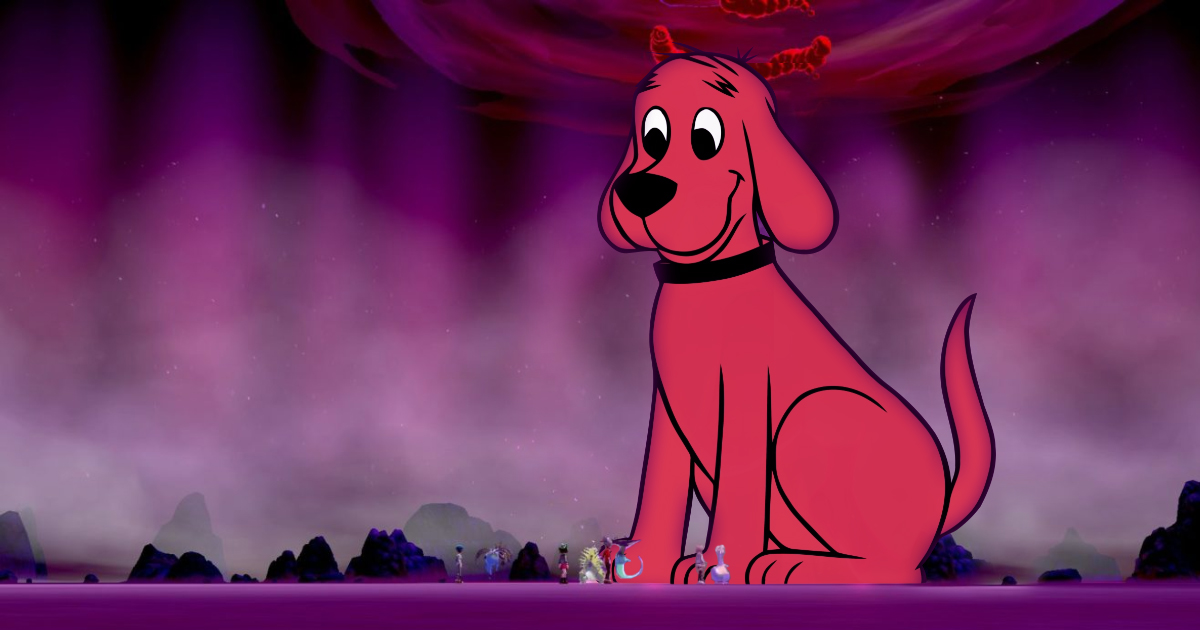 HAMMERLOCKE, Galar — Popular children’s book character and television star Clifford the Big Red Dog is reportedly clinging to life after accidentally entering a Dynamax battle between a Charizard and a Vileplume in the local wild area.

“Hey, kids! Who’s ready for playtime with their best friend Clif—” were reportedly the dog’s final words before being enveloped in a searing column of hot flame from a Charizard the size of a skyscraper. Clifford suffered third-degree burns over his entire body. Medical officials report that he is “mostly incinerated” and has “absolutely no chance of surviving.”

Local trainer Kenny Wright expressed profound regret over the incident, but refused blame, claiming it was an honest mistake anyone could have made.

“So I’m just killing some time wandering around the Wild Area, right? And then I see this huge 200-foot plant monster, with feet the size of schoolbuses and flower petals bigger than Olympic swimming pools, and I think, ‘Damn, it’s just another dumb Vileplume,’” said Wright, a young boy who has recently made a name for himself by beating every single trainer on the continent repeatedly and without even really trying that hard. “I was gonna one-hit it, but then I see this badass shiny Arcanine come by. How can you blame me?”

While emergency workers were loading what remained of Clifford into a giant cartoon ambulance, Wright had reportedly defeated the Vileplume, but decided to walk away because he had already caught over four hundred of them.