Cards Against Humanity Shoves Magic: The Gathering Into Locker 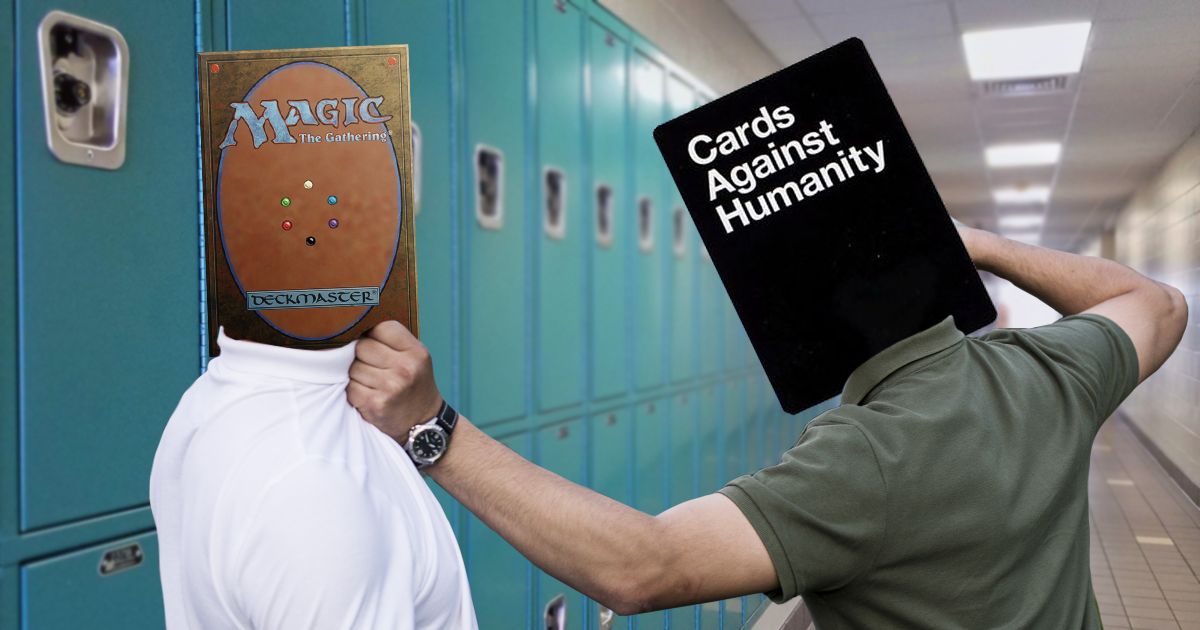 HIGHLAND PARK, Ill.— Highland Park High School was rocked today by an appalling act of violence when Cards Against Humanity shoved Magic: The Gathering into a locker.

When asked “How could you do something so cruel?” Cards Against Humanity, the most popular kid in school and captain of the football team, simply responded: “A micropenis.”

Other students rushed to Cards Against Humanity’s defense. When asked about the locker incident, student body vice president What Do You Meme? simply offered up, “When ur shampoo says ‘Damage Control’ but deep down ur still broken.”

Head cheerleader and Cards Against Humanity’s girlfriend, Exploding Kittens, refused to accept that her boyfriend could do something so heinous. When shown video footage of the incident in question, she refused to acknowledge the evidence, repeatedly saying, “Nope.”

Magic: The Gathering, however, was disgusted by Cards Against Humanity’s flagrant disregard for the rules. “If he’d given me a wedgie or a swirlie, that would’ve been totally fine. Everyone knows those are instants, they can be played any time. But shoving someone into a locker? That’s a sorcery, and everyone knows you can only play something like that during your turn!”

What does this mean for weaker students, unable to defend themselves? What acts of bullying await the Yu-Gi-Ohs and the Digimons of the world? And what will it take for the more popular card games to stop picking on the nerdy card games?

According to Cards Against Humanity, “Two midgets shitting in a bucket.”