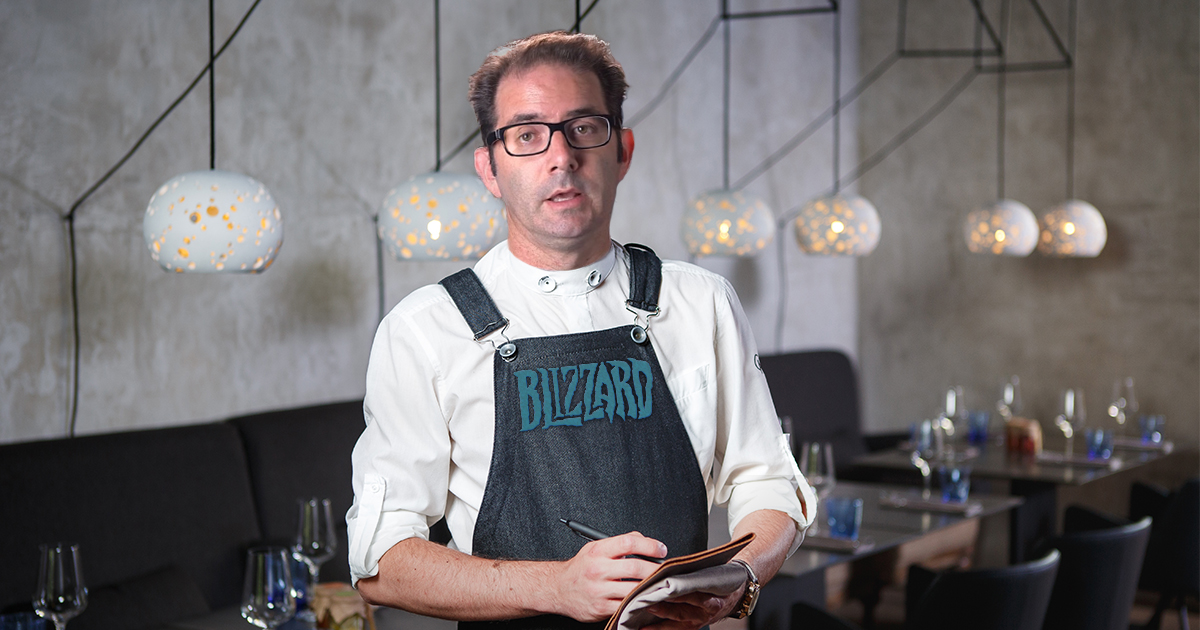 “The servers here are awful, just the worst,” said diner Richard Hall to reporters. “They’re sluggish, inattentive, and probably worst of all, they’re just not willing to improve at all. The biggest tragedy is the food here is actually really great. This could be the best place in town if the front of the house could get their heads out of their asses.”

All reviews and opinions point to an absolutely thrilling menu at the new restaurant, rich with entrees that are both innovative inventions and twists on classic culinary ideas. That level of quality have led many to wonder why more attention wasn’t being paid to the waitstaff’s lack of consistency.

“We can do whatever we want, we’re Blizzard,” said Jeff Kaplan, Vice President of Blizzard Entertainment, as well as shift manager at the new diner. “If we sneeze on a hamburger and spike it on the ground, people will lap it up like Chihuahuas so long as we slap a Hearthstone logo on it. As far as the servers doing their job, we spent a lot of money building this property up, excuse me if I don’t go the extra mile and pay a kid ten dollars an hour to bring you a milkshake. What am I, made of money? We are a very small company.”

The restaurant, located in a strip mall between a Starbucks and Dollar General, has been open for several weeks. Blizzard has pledged to update the menu several times a year in an effort to keep patrons satisfied. Despite a large portion of unhappy customers, there is also a considerable amount that have reported being content with their dining experience.

“Everyone’s so impatient,” said diner Sasha Bingham. “If I wait in the lobby a few extra minutes I can usually find someone that knows what they’re doing. I really don’t care what I have to do to eat food this good, it’s worth it. So what if the restaurant closes for maintenance for four hours every Tuesday afternoon?”