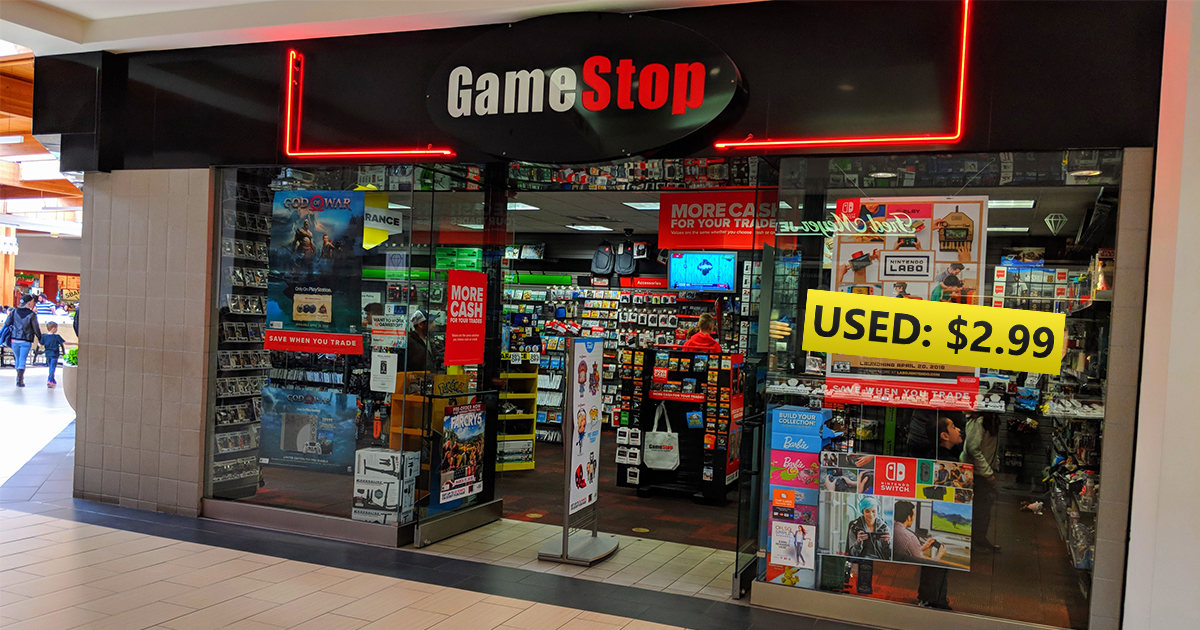 AUSTIN, Texas — Shoppers enjoying their Sunday afternoon in the St. Edward’s area were in for a shock when it was discovered that famed street artist Banksy had left his mark on the local GameStop by placing one of their own “USED: $2.99” stickers in the center of the store’s front-facing window.

“It’s clearly a Banksy, which is made obvious by it being overtly political in nature but also entirely toothless in execution,” local resident James Cooper spoke on the art installation. “It’s definitely about capitalism or whatever. Maybe it’s about unions? No… I’m like 95% positive it’s capitalism for this one. Shit, it could be both, I guess,” Cooper trailed off, looking somewhat confused and bewildered as he pondered the society he lives in.

A manager of the GameStop, Julia Mendez, expressed gratitude over the graffiti man’s actions.

“I don’t really get, like, you know, what his whole thing is, right? But GameStop just announced the closure of 200 stores by the end of the year, and ours was totally on that list. It WAS on the list, but now because it’s Banksy-adjacent, I think this location has become one of the parent company’s biggest and/or only valuable assets, so my job’s whole ass was saved! So like, thanks for technically doing a crime at us, Mr. Banksy!”

When asked for a comment on the new piece of art on his hands, GameStop CEO George Sherman was thrilled.

“I thought Banksy was a Fight Club thing or something, but I just found out he’s real and also one of his paintings sold for 9.8 million Euros, so consider this an open offer to anyone else who owns an original Banksy to bring that bad boy in for some sweet trade-in credit!”