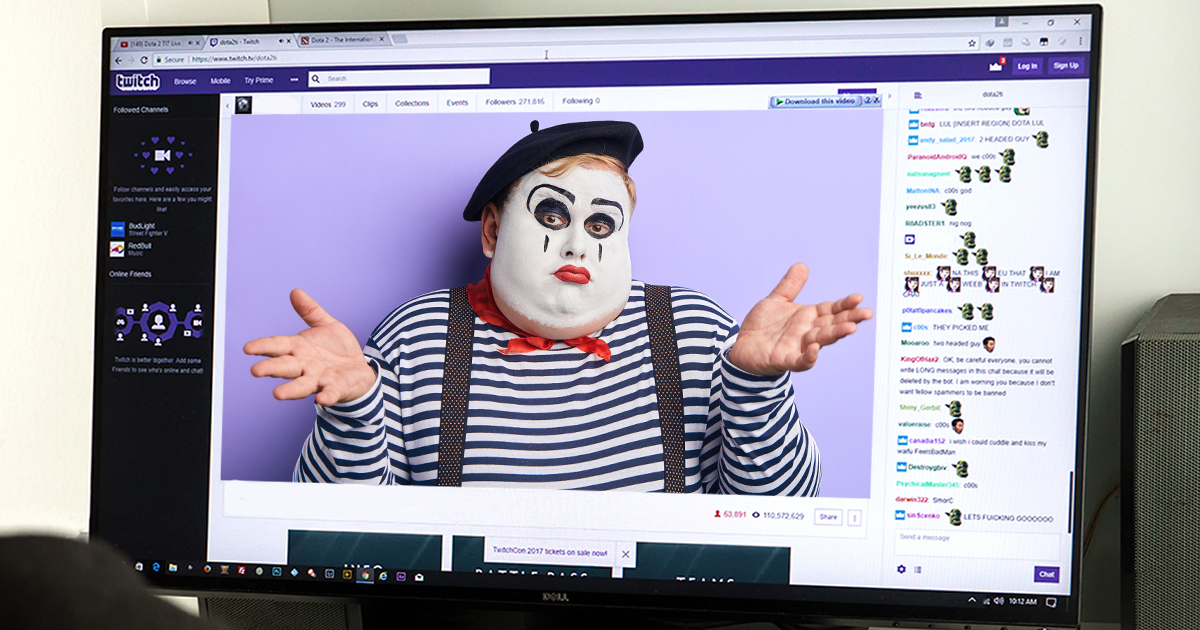 PARIS — Amidst thousands of DMCA takedown strikes against content creators on Twitch this month, a new streamer has risen up and become the most-followed channel on the live streaming website — professional mime named MonsieurBonbon.

“What happened to the content creators on our platform last month is truly awful, and could have been prevented,” published Twitch in an official blog post earlier today. “That said, we are extremely excited about the rise of MonsieurBonbon, whose content coincidently does not infringe upon DMCA copyright law. Without the DMCA problem, the world would very likely never know about Mr. B, and everyone here at Twitch agrees that it was probably all worth it just for him.”

Twitch CEO and founder Emmett Shear confirmed that more proactive measures should have been taken to avoid the series of unprecedented takedown notices and strikes.

“We should have developed sophisticated, user-friendly tools for our streamers and worked alongside our content creators to help them properly defend against these takedown strikes, but we didn’t,” Shear admitted. “However, it’s still nice to see creators like Mr. Bonbon thriving amidst such an avoidable disaster. Seriously. Have you seen his invisible box act? There’s no threat of copyright violation anywhere, it’s awesome.”

Long-time Twitch streamer HungryGregLive commented on how the platform took down over half of his 200 clips and VOD after a DMCA notice, without even offering a second notice.

“It’s devastating. Those clips were the highest viewed content on my channel too. I didn’t even have the option to remove the copyrighted audio.” HungryGreg revealed. “Luckily, MonsieurBonbon’s streams are getting me through this. When he pies himself in the face, I lose my shit. I almost forget that I’ve been financially deplatformed without a chance to defend myself.”

When asked to comment on his newfound success in the middle of a preventable controversy, Monsieur Bonbon signed “poggers” in ACL.