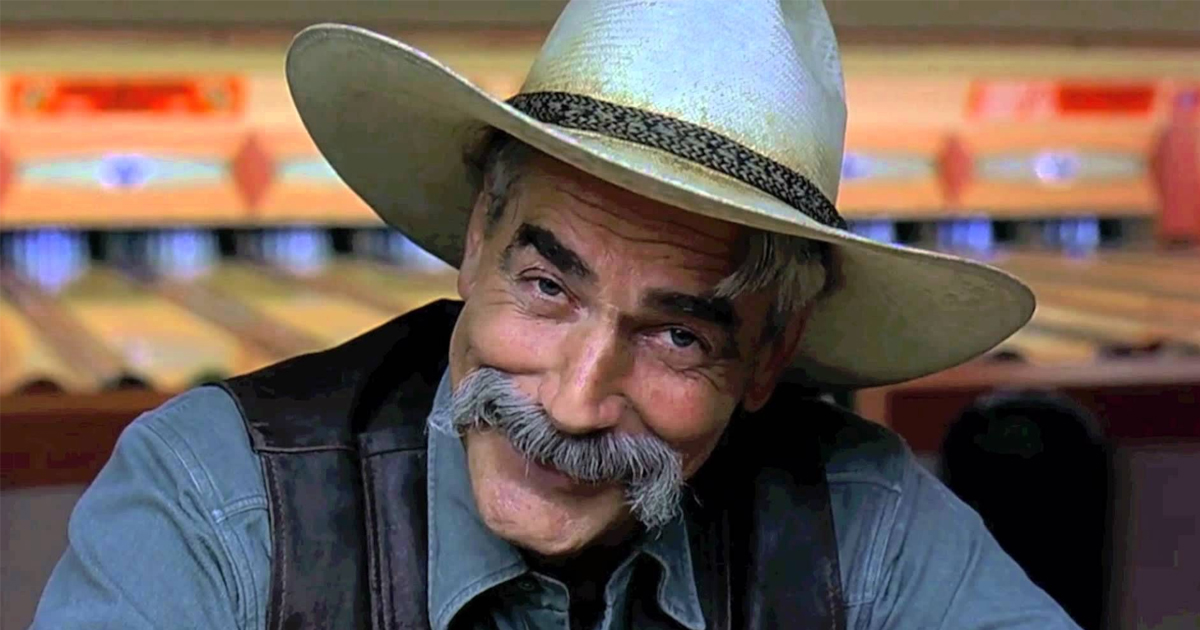 WASHINGTON — Scientifically confirming a correlation that has been speculated for decades, a recent study by the Pew Research Center has revealed that a majority of American seniors’ most trusted and sometimes exclusive source of information are quotes superimposed over pictures of screen actor Sam Elliott’s face.

“More and more seniors today are online,” says Dr. Andrew Barrio, lead researcher of the study. “And while research has shown that this demographic has lost faith in mainstream media, their trust in images of Sam Elliott featuring generic platitudes written in bold, white text is at an all-time high.”

“Don’t be surprised when you start seeing elderly people in your lives start referring to most things as ‘a special kind of stupid.’”

Further supporting the study’s findings, social media pages such as “Free Thinker Sam Elliott”, “Sam Elliott LGBTQ Memes”, and “Sam Elliott Worldwide” have received millions in venture capital to expand operations and further their reach. Analysts project that, due to the fact that all people eventually grow old, Sam Elliott memes will remain a sound investment for decades to come.

“The modern meme landscape is more competitive than people think,” said Frank Western, CEO of Sam Elliott Worldwide, Inc. “We have paparazzi staked out to get exclusive new pictures of the man himself, and we headhunt the finest young writers from Ivy League schools to write the quotes. To be truly effective, it has to really feel like Sam Elliott is saying the words you’re reading.”

As their influence on nearly 40 million senior citizen voters has grown, the Sam Elliott Meme Industry has also attracted criticism. For example, the staff of Free Thinker Sam Elliott LLC found themselves embroiled in controversy after posting a meme stating that “If you’re so afraid of your kid being shot…give ‘em a gun, so they can shoot first!”

“It’s no surprise that Sam Elliott pages are starting to appeal to more extreme fringe groups,” said political advocate Jerry Maxwell. “‘As the Sam Elliott media landscape continues to grow, I’m sure we’ll see even more extreme voices emerge. ‘Different strokes for different folks,’ as they say! In fact, I saw a picture of Sam Elliott saying that the other day. He can be so wise.”

In an effort to address the issues in accountability and accuracy when authoring memes, colleges have begun offering courses for Ethics In Sam Elliott Image Journalism.

“With politics as divided as ever these days, it’s important that we hold these journalists to the highest scrutiny. These images must be properly sourced, factual, and bipartisan,” said the Sam Elliott Meme Oversight Committee in a statement issued in a Sam Elliott meme itself. “It is Sam Elliott’s place to inform the public, and not abuse his position to sway their opinions. By the way, this is really me, Sam Elliott!”