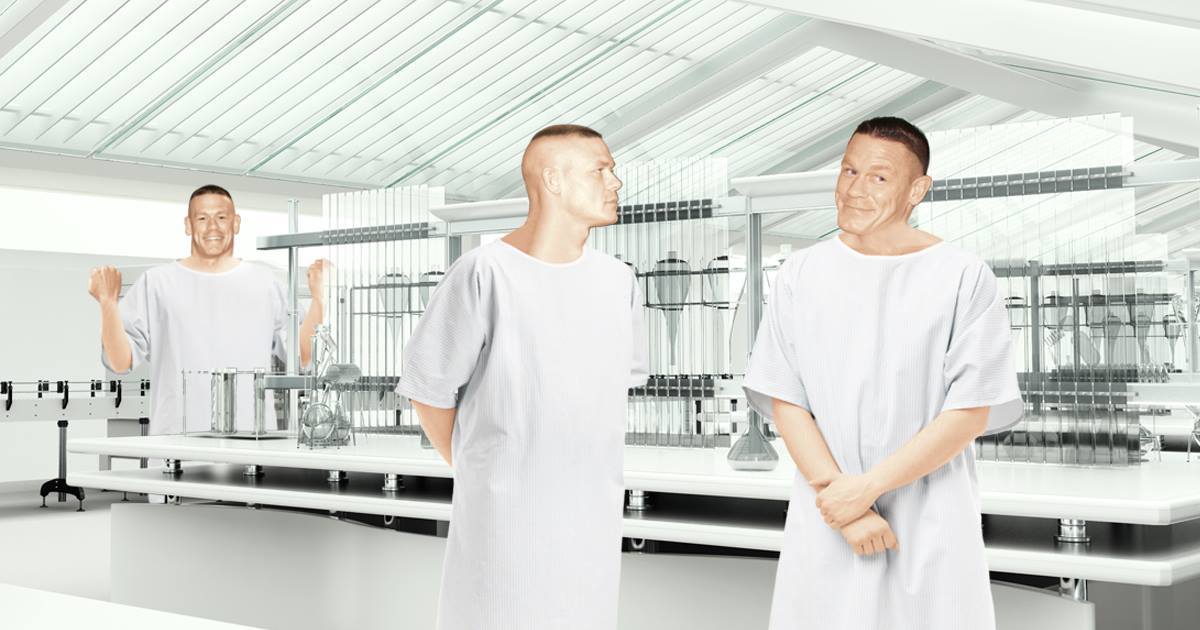 WWE has authorized the production of John Cena clones to fulfill all of Cena’s obligations, according to top scientists at Titan Towers. Cena has plans to take more time away from WWE in 2017 to pursue roles in film and television, as well as making appearances at charities, bar mitzvahs, and signing events.

Ten successful clones of John Cena have been created so far, but according to WWE Chairman Vince McMahon, more will likely be needed to maintain John Cena’s rigorous schedule.

“The average John Cena day starts at three o’clock in the morning and goes until about two o’clock the next morning,” said McMahon. “With as busy as John has become, this cloning program is really the only way he’s going to be able to star in Amy Schumer movies without me having to make goddamn Dolph Ziggler WWE Champion.”

“Right now we aren’t planning on cloning anyone else,” said the Head of WWE Cloning Operations Dr. Erich von Kruger. “Nobody else in the WWE is in such demand that cloning is necessary. What would we do with, say, two Cesaros? Make them wrestle each other? Who would want to watch that?”

Cena’s long-term girlfriend, Nikki Bella, couldn’t be reached for comment about the clones. But she was overheard inside her Tampa, Florida home screaming, “He can clone himself to do meet and greets at Cricket wireless stores, but he can’t stay home long enough to marry me? I swear to God – this is all your fault, Brianna.”