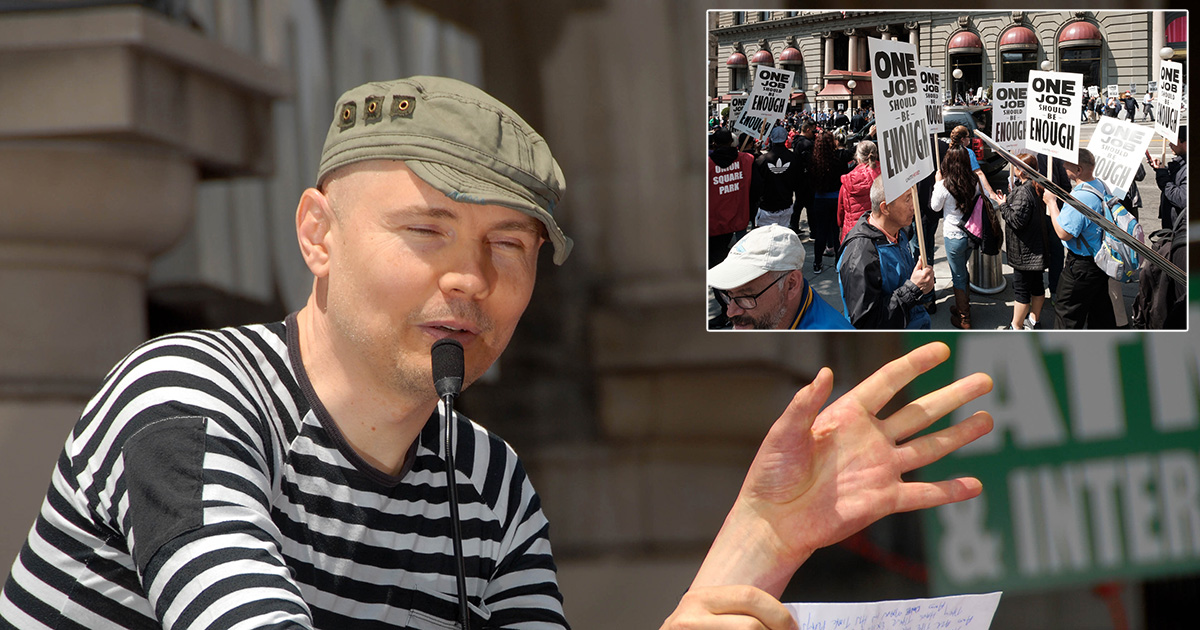 CHICAGO — Smashing Pumpkins frontman Billy Corgan finally noticed yesterday that “minimum wage” rhymes with “rat in a cage,” according to horrified sources who have dreaded this moment for years.

“Buckle up, capitalist overlords, ‘cuz I’m coming for ya!” shouted a triumphant Corgan while twirling a massive scarf embroidered with the message, “This Accessory Kills Fascists.” “I always wanted to take a stance on minimum wage, but only if it was really more about me and how I’m such a brooding, tortured genius. Well, it finally dawned on me that I can just update my classic anthem ‘Bullet with Butterfly Wings’ to feature lyrics about how minimum wage workers are treated like rats in a cage. Just like I am, on account of all my rage.”

“Once this hits the airwaves,” he added, “it won’t be long before the guy who cleans my pool starts getting his $5 a day so he can afford soup or whatever the fuck.”

However, workers’ rights advocates were devastated by Corgan’s discovery.

“It was only a matter of time before some Gen X grunge assclown used our movement to make themselves seem relevant and progressive,” noted labor activist Brianna Kendrick. “We were prepared for Courtney Love or Dave Grohl, but Corgan is an absolute catastrophe. I wouldn’t be surprised if this song somehow lowers the minimum wage. This is even worse than when The Offspring tried to end racism by changing the lyrics from ‘Pretty Fly (for a White Guy)’ to ‘Pretty Fly (for a White Ally).’”

For their part, current and former Smashing Pumpkins members alike are also concerned.

“When he sets his mind on something, look out,” admitted drummer Jimmy Chamberlin. “In 2002 we released a double album based entirely on the concept of an alternate universe in which Billy had a full head of hair. Sure, I feel bad for how this might affect workers, but I’ve got my own battles to fight: this morning he told me I’m kicked out of the band unless I legally change my name to Max Imumwage.”

At press time, Corgan was frantically searching a rhyming dictionary in an attempt to change the lyrics “The world is a vampire/set to drain” into something about maternity leave.