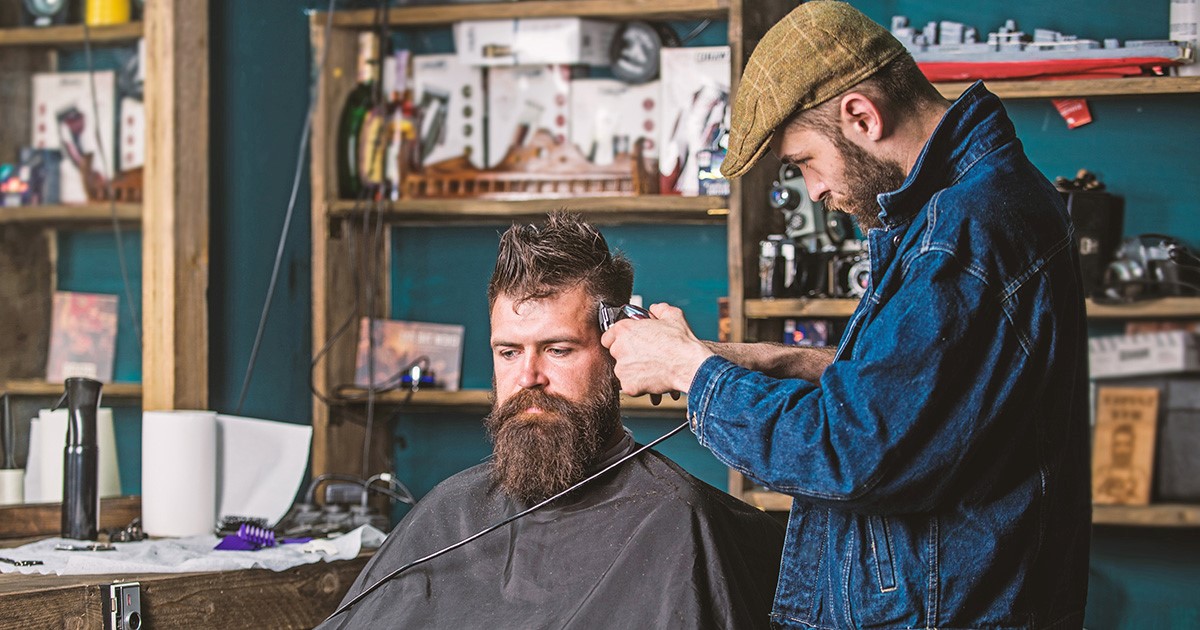 “I just moved here, and the place had good reviews online, so I figured I’d try it out. But I got worried when I saw the TVs were playing Fox News and golf,” said Jankowski. “But, damn… I was barely in the chair when he went off about how ‘all immigrants are drug dealers.’ I’m very socially conscious, so it was torture for me — I got so pissed I was about to call his racist ass out right then and there. But then I remembered he was in control of my entire appearance… and that I’m trying to fuck this weekend.”

Jankowski reportedly sat in the chair for nearly half an hour, only breaking his silence by remarking, “I guess I never thought about it like that.” Barber Paul Hartwell, frequently raising his voice, shared a haircut-long diatribe that touched on everything from Charlottesville to Rep. Alexandria Ocasio-Cortez.

“Keeping quiet was the smart move,” said Aaron Murphy, who had a similar experience at the shop earlier this week. “[Hartwell] usually does great work, but he kept going on and on about how Antifa are terrorists and ‘need to be brought to the gallows.’ When I told him Obama didn’t do 9/11, he shaved a penis into the back of my head — I had no idea until some kid took a picture of me on the subway and showed me.”

Security footage confirmed Jankowski finally told Hartwell his views were “totally not cool, man,” after the haircut was completely finished, paid for, and Jankowski was already halfway out the door.

“Goddamn millennials!” said Hartwell, beet red with anger. “When I was cutting his hair, I didn’t hear any complaining… but the second we’re done, suddenly he’s offended. This barbershop is a free speech safe haven. If you don’t like truth tellers cutting your hair, go to Supercuts.”

At press time, Jankowski was returning to the barbershop to retract some of his previous points and ask if the barber could touch up his sideburns.