Cat Tree Most Expensive Piece of Furniture in Punk’s Apartment 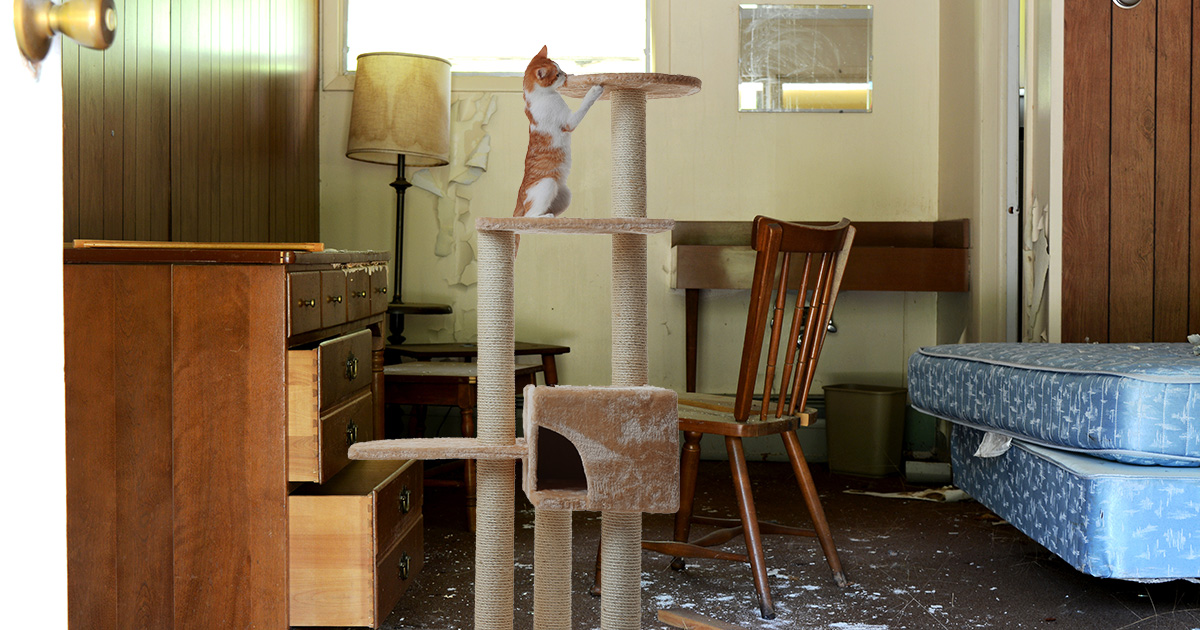 SEATTLE — Local cat owner Robbie Kratchiz admitted yesterday that his cat tree was the most expensive piece of furniture in his entire apartment, sources who were not surprised whatsoever after just one visit confirmed.

“Whatever I can do to make this house a home for Mr. The Mews,” said Kratchiz while sweeping a pile of dried up cat vomit under a nearby rug. “What can I say? My little prince deserves every inch of that majestic, seven-foot-tall upholstered kingdom with hidden scratch pads and secret lounging areas. Sure, he’s never even once used it, and actually seemed to prefer the box that it came in, but deep down I know his withholding of approval is just his way of showing approval. Textbook cat move.”

Those close to Kratchiz seemed to have different views.

“Honestly, he probably should’ve nailed down legit furniture before he spent two entire stimulus checks on the cat’s household playground,” said Kratchiz’s roommate James Leslie while setting down a drink on a side table made entirely out of repurposed milk crates. “One time he asked me to help him move this ‘perfectly good’ free couch he found under a bridge on the very same day he asked to borrow money for a device that sprinkles catnip on one of the tree’s platforms. Nothing against the tree, but the guy doesn’t even have a bed frame yet. He’s 32 years old, but it’s like he lives exactly like how I imagine a college freshman would.”

Manufacturers continually look for ways to improve the functionality of cat towers.

“Interestingly enough, these things took years of research to develop,” said Grace Bumphreys of Yuppie Cat Condos LLC. “From the outside they may look like just a bunch of arbitrary tree branches, exposed nautical rope, and corrugated cardboard with carpet stapled to it, but these structures accurately recreate what cats are used to in the natural world. At least that’s what our highly paid R&D team said. One day we hope they can develop a cat tree that doesn’t clash with just about all other furniture in your home. One step at a time, though.”

At press time, Kratchiz purchased an elaborate WiFi-connected automatic self-cleaning litter box with its own iOS app and treat dispensing mechanism for hundreds of dollars, which his cat ignored completely.Local cat owner Robbie Kratchiz admitted yesterday that his cat tree was the most expensive piece of furniture in his entire apartment.