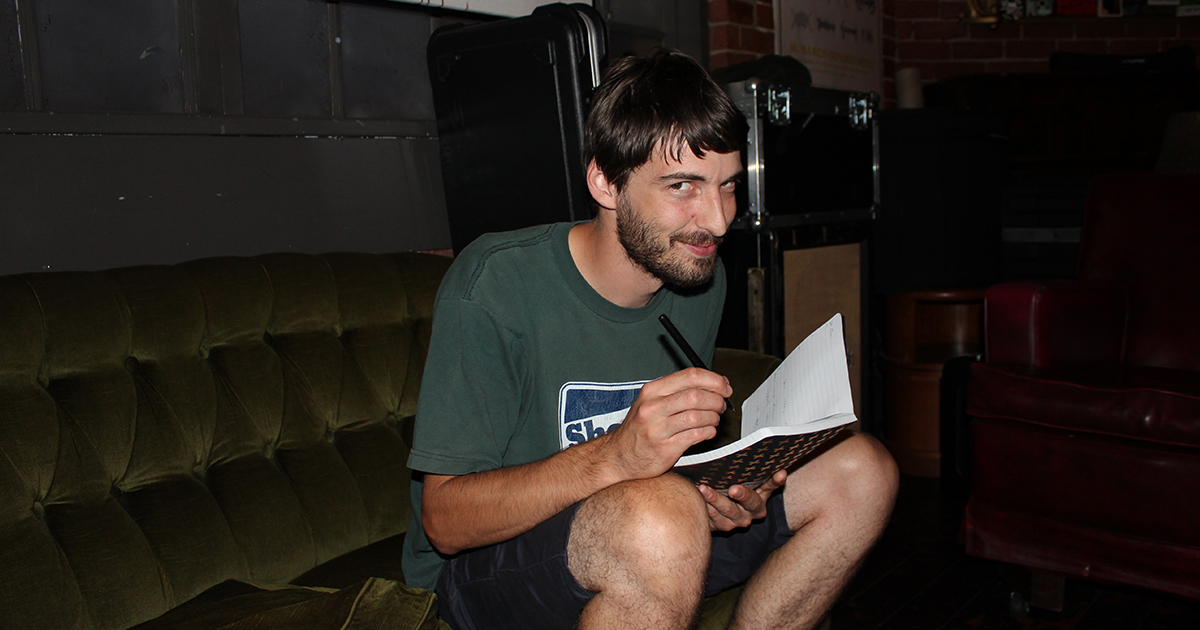 BOSTON — Local emo act Bottom Drawer are planning a devious surprise for listeners, penning the lyrics to their song “Field of Sadness” with the titular lyric, “We are in a field of sadness” at the very end, sources close to the sly musicians confirmed.

The idea for the twist came from Denny Kowalski, the band’s lead singer and “most emotionally damaged” member, who wanted to pay homage to those who inspired him.

“I was listening to songs like ‘The Movement of a Hand’ by Bright Eyes, and ‘I’ll See You When We’re Both Not So Emotional’ by American Football, and I thought, ‘Man, that’s fucking brilliant,’” said Kowalski. “Take the title, yeah, but this time, don’t make it be the chorus. It’s so… obvious.”

Subverting the norms of “alternative” and “unhappy,” the chorus of “Field of Sadness” features a series of “oohs” and “aahs,” followed by a reading of real, breakup text messages received by various members of the band.

“It’s all about the anticipation,” explained Kowalski. “The whole time, the listener is gonna be wondering when we’re gonna say ‘field of sadness’ and, in doing so, it’s like they themselves are in a field of sadness. I completely understand if you don’t get it right away. It’s a thinker, for sure.”

Despite Kowalski’s satisfaction with his creative breakthrough, he has his share of detractors.

“When I read ‘Field of Sadness,’ I was like, ‘Tight. Now I know what to sing when the chorus hits,’” said intent listener Dana Kamamoto. “But that’s not what happened at all, and, frankly, I felt like I’d been had.”

“If you’re not going to make the title of the song a chantable chorus, then why have it in the song at all?” she added. “If you wanted to be super deep or whatever, then don’t even put the title anywhere in the lyrics. That’s what a really cool band would do.”

No word yet on whether or not Bottom Drawer will take more giant leaps in their song structure, but for now, those close to Kowalski claim he enjoys uncontrollably smirking every time he thinks about it.