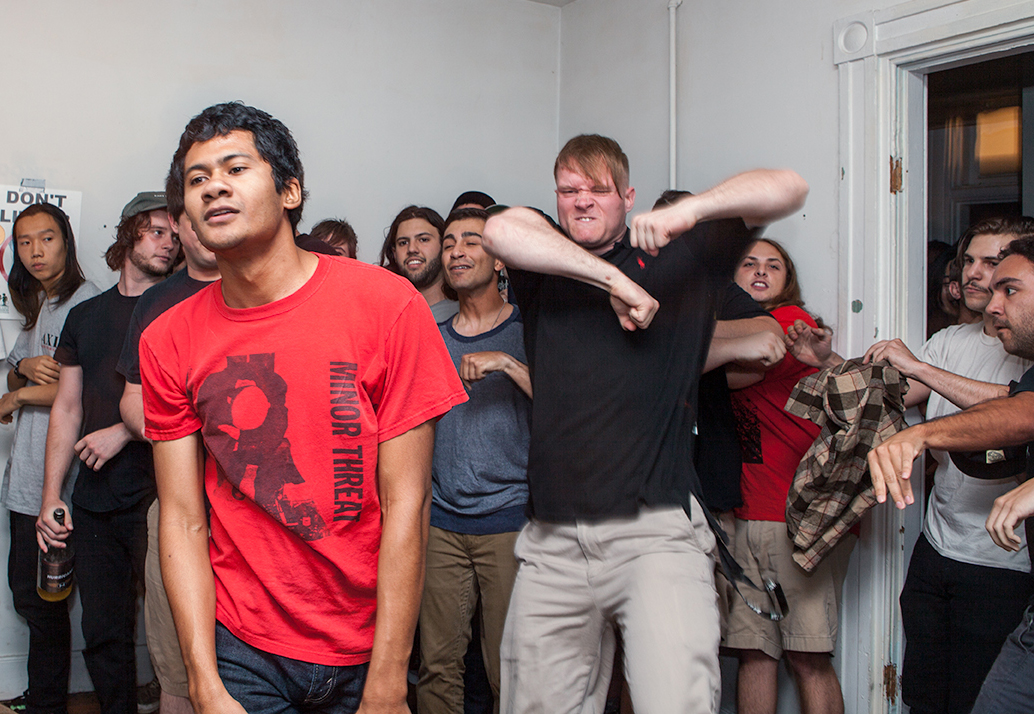 RICHMOND, Va. — Kevin Gilligan, 18, is currently standing on the edge of the pit at a hardcore show and looking forward to his upcoming emergency visit to his family’s dental office.

“It’s just got such a nice layout,” Gilligan said of the office. “The waiting room is spacious, the X-ray machines are top notch – not to mention, the ample parking.”

Some might think Gilligan’s open mouth smile during the breakdown of local hardcore band Barge is a clear indicator that he is blissfully unaware of the gigantic man headed in his direction. Gilligan says he’s actually just happy to be leaving the crowded house show soon and heading straight to Dr. Cheung’s office.

“He has these chairs that massage your back, and you can watch any Netflix show you want,” Gilligan continued. “Plus, if it’s an emergency, you don’t even have to wait. They bring you right into the back and everyone else just has to suck it up.”

As the man twice Gilligan’s size steadily inched closer to the edge of the pit, people began to move out of the way or braced for impact. Gilligan just smiled and casually raised his chin, daydreaming of the perfectly feng shui office space.

“I only have a few years left on my mom’s dental insurance, so I might as well make the most of it, ” Gilligan said, adding that he had brought some cloth rags with him to the show to stuff into his bloody mouth once it was mangled beyond recognition or repair.

Article by The Hard Times Staff. Photo by Chris Bavaria (@ChrisBavaria on Instagram).