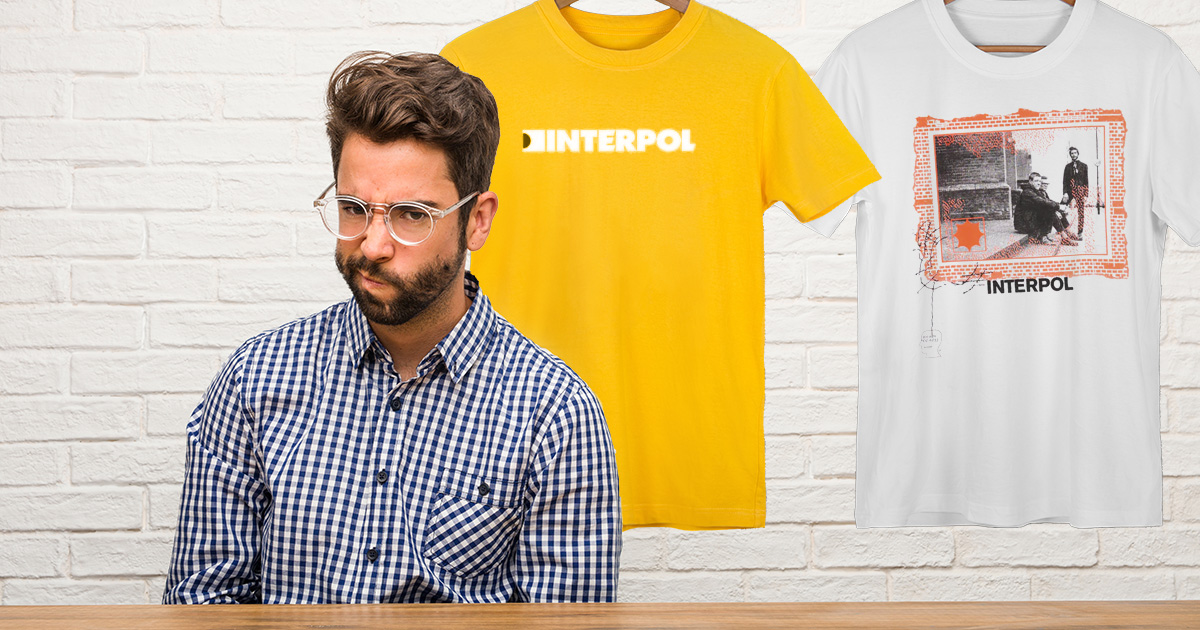 NEW YORK — Famously dapper indie band Interpol were completely sold out of medium three piece suits at their merch table during a recent show, confirmed sources who guessed they’d just have to go to Men’s Warehouse instead.

“I can deal with the fact that they were all out of my size, but I almost lost my shit when they said their on-site tailor called out sick that night too,” said longtime fan Alexander Barnum, who decided to go with an $80 pair of Interpol-branded cufflinks instead. “The last suit I bought from them was back in 2004 during the ‘Antics’ tour and I wore that thing into the ground. I now mainly wear it to bed or when I’m mowing the lawn, so I absolutely need to upgrade my high-end merch attire. You just won’t catch me wearing it to one of their shows, though. Only posers wear the suit of the band they’re going to see.”

Members of the legendary group expressed remorse for their lack of inventory.

“That’s the last time we team up with Gildan to make men’s formal wear,” said Paul Banks, longtime singer of the Interpol and 30-year print edition subscriber to GQ Magazine. “I mean, we didn’t think those suits were going to sell better than our ascot ties that show our tour dates on the back of them. Anyway, we’re dreadfully sorry for the inconvenience. Luckily, we had a few extra Giorgio Armani suits laying around the tour bus that we sold just fine. Sure, they’re not the same quality, but they do the trick.”

“If your product is unique to your band, it’s going to sell considerably fast,” said Davidson. “For instance, Vampire Weekend always runs out of cardigan sweaters and matching khaki pants at shows. Morrissey’s replica pompadours get scooped up halfway through his first tour date. And the Strokes’ line of cigarettes sell out before the opening band even plays. Long story short, if you want to sell merch, make sure it’s sweet as hell. Otherwise, it’s just a shirt with your logo on it. So boring.”

At press time, Interpol had no choice but to cancel a show last-minute after the bassist discovered a mustard stain on his performance suit, and unfortunately, no dry cleaners were open.