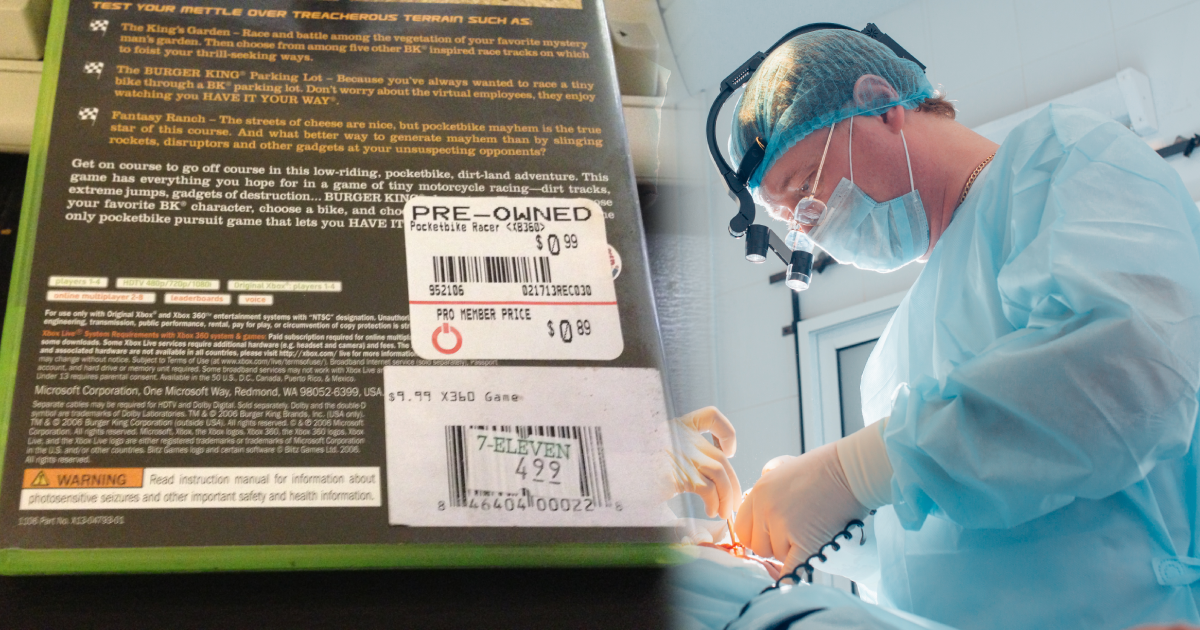 “It was touch-and-go for a little while, but we managed to keep it together and get the job done,” said lead surgeon Tim Whitford during a post-surgery press conference. “I don’t think any other team would’ve been able to pull this sticker off. I’ve been trying on my own for close to a decade, and my son’s games all look like absolute dogshit.”

The 15 hour procedure, performed on a used copy of 2012’s Spec Ops: The Line, was a tough challenge for the five person team, many of whom had never worked on such a unique patient.  But while the team knew the risks going in, they say the payoff was more than worth it.

“Just seeing the game case in the ICU after we finished, completely free of that dirty sticker with the criminally inflated resale price, well it’s hard not to get a little choked up,” said Sandra Nakamura, a heart surgeon in charge of scraping off all the excess glue.  “I know it’s just one patient out of millions, but giving this game a second chance at life is the whole reason I got into this job. By the way, have you played Spec Ops? Suuuper underrated, dude. I’ve got a copy here you can borrow if you want.”

While the successful sticker removal is encouraging for both surgeons and gamers alike, it could still be several years before the procedure is viable on a larger scale.  Despite the uncertainty, this team of surgeons still remains optimistic about the future.

“There’s still a lot of work left to do, and a lot of patients left to save,” said Whitford at the conclusion of the press conference.  “But we take comfort in the fact that GameStop is almost certainly going out of business within the next fiscal year. Maybe then the healing can really begin.”