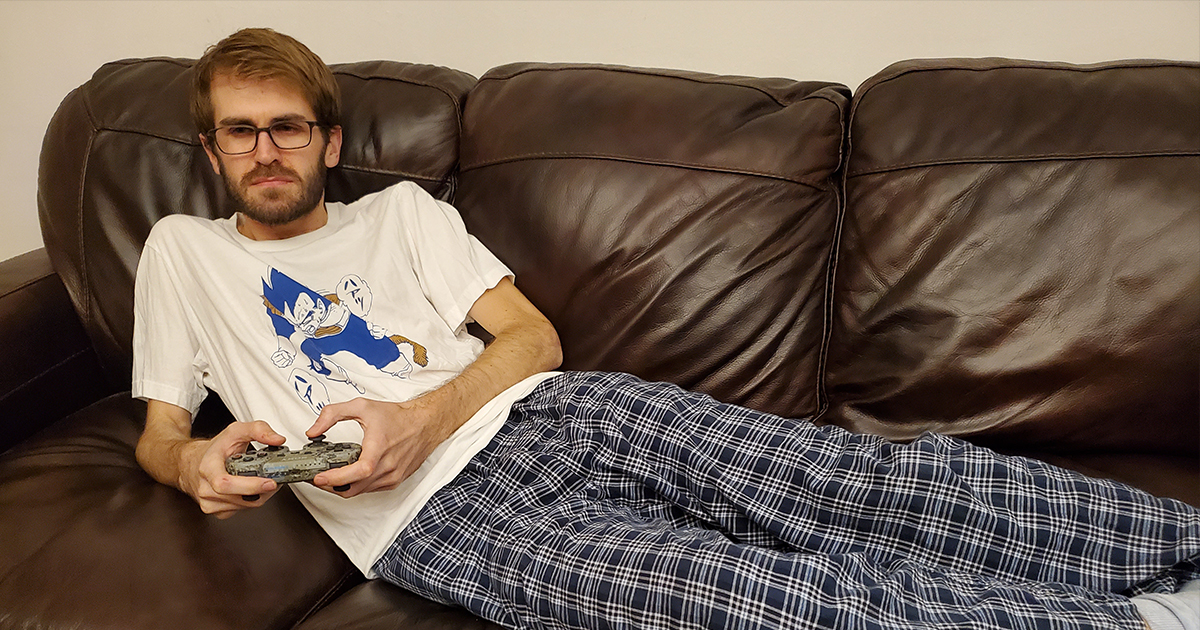 As technology has improved over the last two decades, video games have changed drastically. Often these changes have been for the better, like 4K graphics and the creation of exciting new genres. However, one change has been decidedly for the worse. As multiplayer modes in games have become increasingly online-only, today’s gamers have almost no access to classic, split-screen, couch co-op style experiences anymore. This really needs to change, just in case I make some friends some day.

I cherish my childhood memories playing GoldenEye 007 and WWF No Mercy with my friends in my basement after school, especially since I lost touch with all of those people years ago and now I do very little beyond working to pay my bills and eating meals alone to sustain myself. Some say split-screen modes have gone away because modern console can’t render the same level in HD twice on one screen. And to that, I say: no excuses! This is a hurdle we need to get over to reinvigorate the classic multiplayer experience for a new generation of gamers – also because I’ve got four controllers ready to go if anyone who isn’t my landlord ever comes knocking on my apartment door. I even took the batteries out when I bought them so they wouldn’t corrode over time, so they should be good to go whenever!

Whenever I drive by the GameStop in my town, I stop in to scan the backs of the new release boxes in hopes I’ll see those long-desired words, “local multiplayer,” in the fine print, but I usually walk away disappointed. With all of the new games that come out each month, it takes me a long time, too. It would probably go faster if I had a buddy to come with me and divide the work, but this problem isn’t anything new to me.

Publishers seem to think online multiplayer is the way of the future. I admit, it’s easier to sell a game with a trendy feature like that, but have we become so cynical to believe that people don’t want to meet up in person and have some face-to-face time while they play? I haven’t experienced this since George W. Bush’s first term, so my memories are kind of foggy, but I’m pretty sure I used to love it and I hope I can experience it again. Until then, I’ll go back to silently playing Apex Legends and pretending that my microphone is broken.

Photo by Hard Times patron Patrick Harms. Sign up for our Patreon to be in a Hard Times photo!