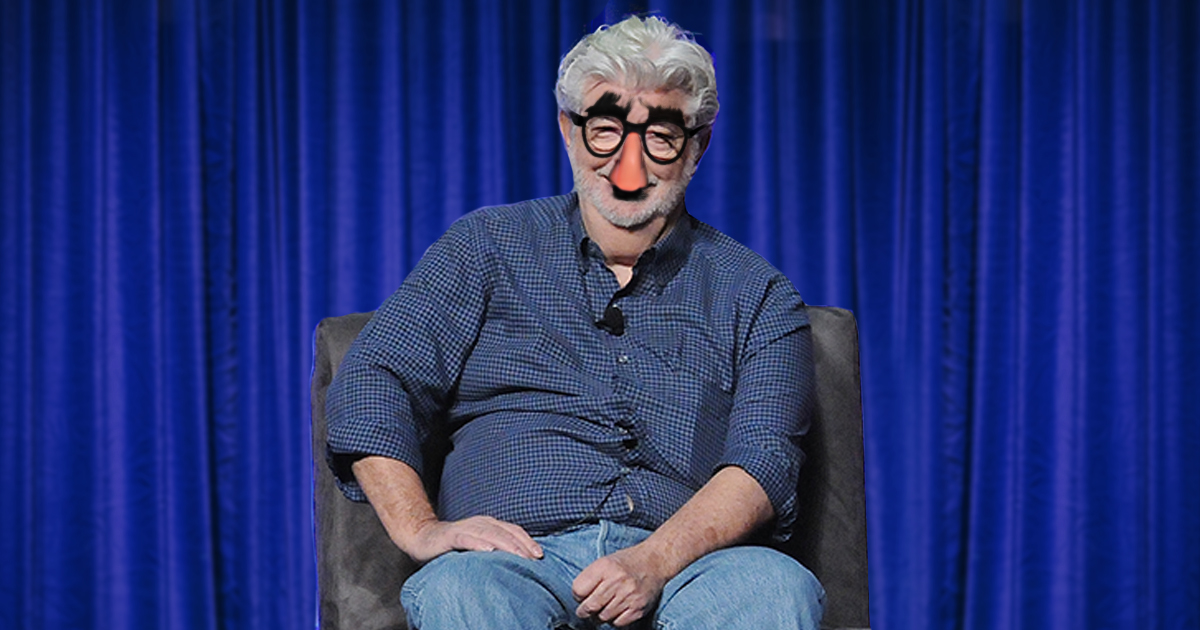 BURBANK, Calif. — Disney shocked both fans and critics today by announcing that unknown filmmaker Jordy Flucas will the fill the recent vacancy at the helm of Star Wars: Episode IX.

“We thought about asking either Rian [Johnson] or JJ [Abrams] to do another one, but we ultimately felt that a breath of fresh air is what the franchise needs at this point,” said Disney executive Robert Stewart.  “Star Wars fans are going to be beside themselves when they see what this guy has in store, I promise.”

“Every time I screened one of the prequels everyone in the theater told me what good ideas they were filled with,” said Flucas, adjusting his glasses and scratching one of his mustaches.  “I know those last few movies were popular, but they could have been so much better.  I mean sure, there’s competent storytelling and emotionally engaging character progression, but I know next to nothing about the trade disputes these people are having!”

“Every single scene has room for more in the background,” added Flucas.

Flucas has begun working on the screenplay for the as yet untitled film, and hopes to begin shooting parts of it in his garage later this year.

“That’s another thing this guy brings to Star Wars,” said Stewart.  “He says he has his own CGI studio and that he has some innovative techniques that are sure to bring us in under budget.  He just has to google ‘sand’ and he’s saved our crew a whole trip to Tunisia! What a wonderful way to make movies.”

Following the film’s release, Flucas has announced plans to revisit Star Wars: Episode VII and “get some little kids in that fucker.”