Review: ‘Cyberpunk: 2077’ Is a Perfect Game, Is What I Must Say to Make Sure the Abused Workers Get Their Bonuses 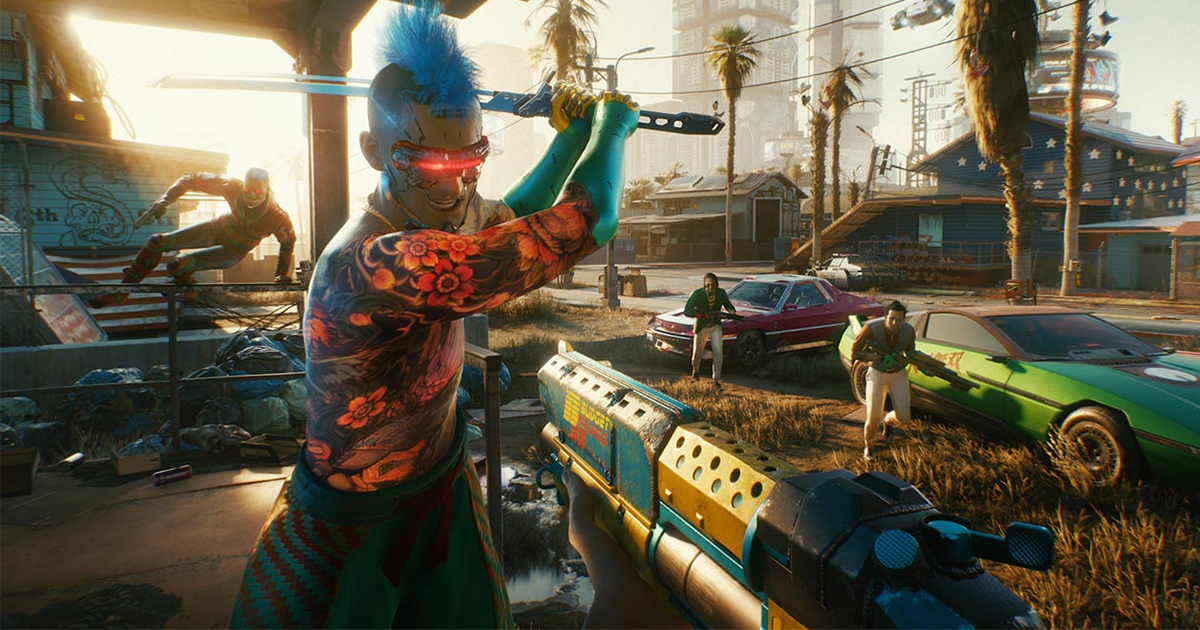 Brutal, crunch-filled development cycles have become an unfortunate staple of major AAA video games. The latest perpetrator of this is CD Projekt Red, the illustrious Polish game studio behind the hotly anticipated Cyberpunk: 2077. Although the studio promised not to crunch their employees at the beginning of 2020, mandatory six-day work-weeks have been enforced in recent months to ensure the game meets its thrice-delayed release date.

Which begs the question: is all of this stress and exhaustion worth it just to make a video game by a certain deadline?

Well, wonder no more: after getting our hands on the game’s final release build, Hard Drive is excited to confirm to our readers that Cyberpunk: 2077 is a perfect 10/10 game, a conclusion we’ve arrived at out of sheer guilt to ensure that the abused CD Projekt Red employees get whatever bonuses they’ve been promised that might be contingent on good review scores.

The first time you boot up Cyberpunk: 2077 and walk around Night City, you’re greeted with all of the bells and whistles and eye candy that you’ve come to expect from video games this big. The sound design is crisp and textured, the UI is slick and futuristic, you really feel like you’re there, blah blah blah. Hopefully by now, the analyst at CD Projekt Red whose job it is to compile review scores has skimmed this headline, added a row to their spreadsheet that says “Hard Drive – 10/10”, and moved on. Unless this is the worst-case scenario and they only check the average score on Metacritic, in which case the developers are pretty much screwed no matter what.

At the end of the day, declaring Cyberpunk as the unambiguous game of the year is all we can really do to help these poor, overworked employees get the compensation they deserve. Sure, the game is probably going to sell millions of copies no matter what, and the company did promise to share 10% of all its revenue for 2020 with the developers, but that also means that the developers won’t be getting any extra money for sales after the new year.

With so much controversy surrounding the compensation details that are publicly known, there’s a good chance that there’s even shadier penny-pinching going on behind the scenes. We hope we’re wrong about all of this, but out of an abundance of caution, we want to strongly re-emphasize this point: Cyberpunk: 2077 is a perfect masterpiece that absolutely everyone with a conscience should purchase by the end of the fiscal year 2020.

Okay, that last paragraph ended with a pretty good pull quote. Hopefully some executive at CD Projekt Red skims the article and shares it with the employees. To any overworked Cyberpunk developers who might be reading this: Stay strong. It’s almost over. We love you.