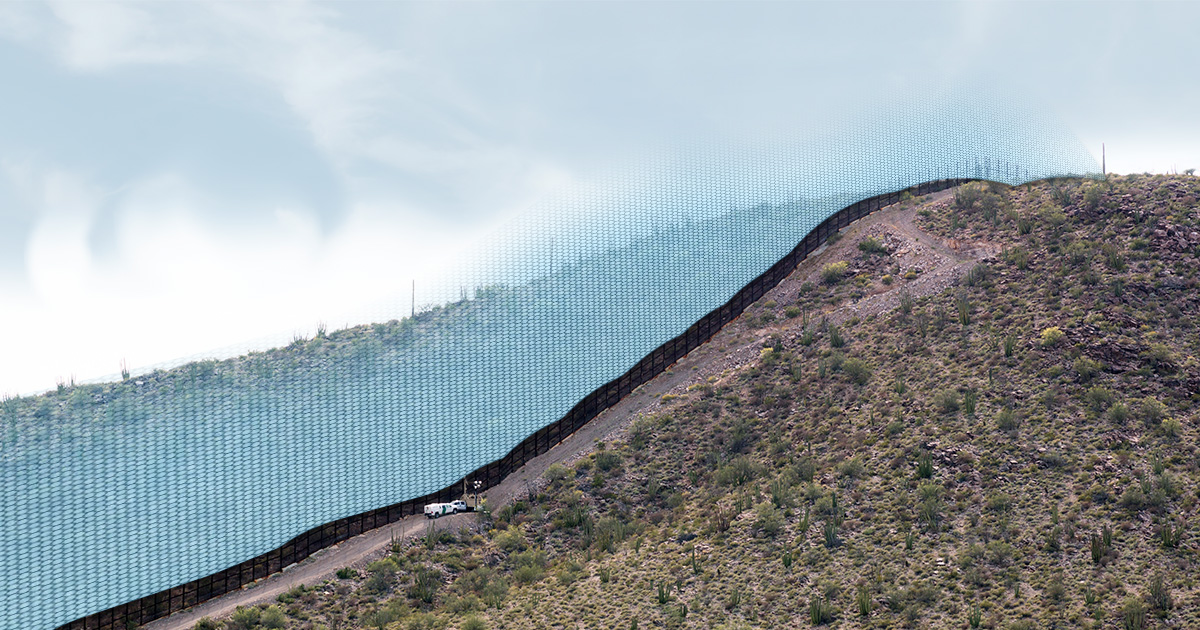 BELLEVUE, Wash. — Video game developer Rare have announced a new project in partnership with the White House to build a immeasurably high invisible wall along the United States-Mexico border in order to make good on President Trump’s signature campaign promise.

The wall will be impenetrable to human beings, although animals, water, bullets, arrows, spears, and “NPC Vehicles” will be able to pass through, according to a statement released by Rare. The wall will be entirely transparent, and there will be no indication of where it falls until contact is made with it.

Should a person make contact with the wall while going downhill, the person will appear to start falling with their arms straight out to the side and feet together. However, the person will not actually travel downward. The statement released by Rare details a method by which explosives or “dragon shouts” can be used to free a person from this infinite fall.

“We’re very excited to be working with the federal government to stop people from doing what they want in the most hamfisted and unimaginitive way possible,” said Maria Hanson, Rare’s senior marketing director.

She added “We’ve been walling off huge sections of content from players for decades at Rare. We’re just happy to bring that same experience to the people of Mexico.”

When asked if Rare had any intention of collaborating with the federal government on other projects, Hanson denied any current plans. However, the whiteboard in her office had the phrase “Free-to-play American citizenship? Healthcare DLC???” circled and labeled “do not erase.”